Egyptian Riot Police Using Tear Gas “Made In The U.S.A.”

It’s already pretty well-known that the United States provides billions of dollars of military and economic aid to Egypt every year, and numerous polls have shown that the general Egyptian public doesn’t exactly have a solicitous opinion of the United States. Nonetheless, one has to wonder what the average Egyptian out in the streets over the past several days protesting an authoritarian and corrupt regime thinks when they look down at the tear gas canister that was just fired at them, and see this: 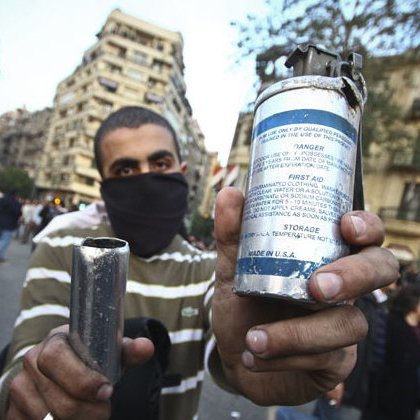 Is it really so hard to understand why people don’t like us when we’re providing the weapons that are being used against them?