I was going to post this photo for the caption contest, but I’m afraid the existing caption would have been hard to top. And, while I’m all for preventing AIDS, there’s got to be a better way.

It occurs to me that the picture and its caption will likely disappear at some point. 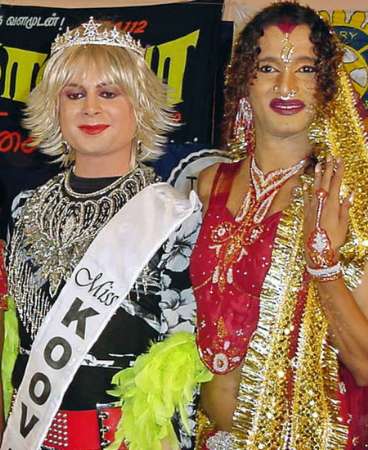 Babi Darling (L), winner of the Miss Koovagam beauty contest, and second runner up Lakshmi pose in the Villupuram area of the southern Indian city of Madras, May 4, 2004. Sixty-eight eunuchs from across the country participated in the contest organized by the state AIDS (news – web sites) control board on Tuesday. REUTERS/Babu
FILED UNDER: Popular Culture