While the rest of the world looks at other events, tensions are flaring in a long-standing global hot spot. 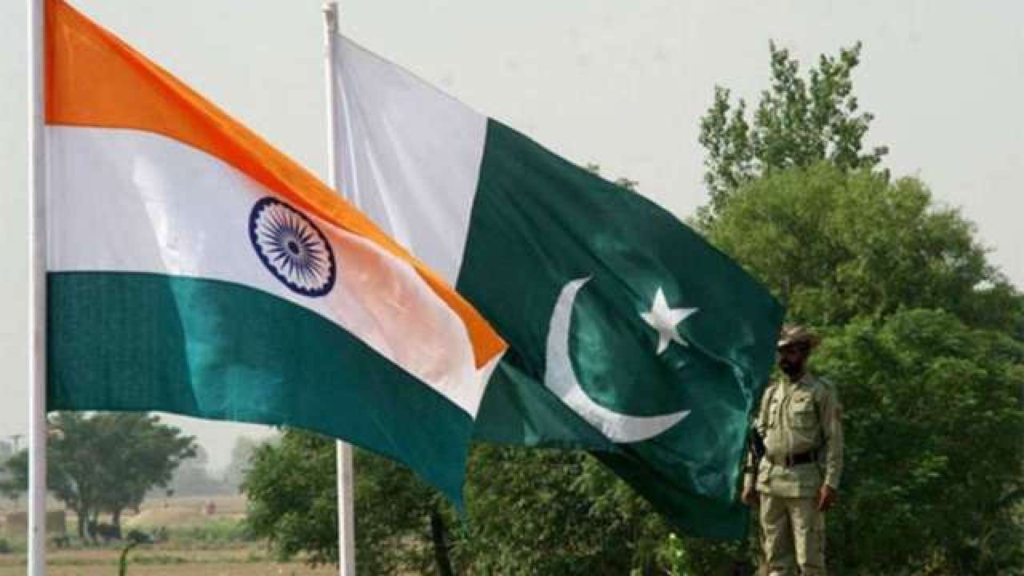 While the attention of the United States and much of the rest of the world is focused on what’s going on in Washington and the meeting in Hanoi between President Trump and North Korean leader Kim Jong Un, there are other events going on that could be potentially problematic. One of the more serious potential crises has been unfolding in recent days between India and Pakistan, which have been staring each other down across the disputed Kashmir region for decades and who have gone to war over that region in the past, where tensions have suddenly increased significantly even as India nears national elections. In the latest such incident, Pakistan is claiming to have shot down two Indian fighter jets, capturing at least one of the pilots:

NEW DELHI — Pakistan’s military said Wednesday that it shot down two Indian fighter jets that had entered Pakistani airspace, capturing a pilot, in an escalation of hostilities just a day after Indian fighter jets crossed the disputed Kashmir region to launch an airstrike within Pakistan.

India’s government confirmed later Wednesday that one of its MiG-21 fighter jets had been “lost” as it thwarted an attempt by Pakistan’s air force to strike an unspecified target inside India. In the engagement, a Pakistani aircraft was shot down by an Indian fighter jet, New Delhi claimed.

“We have unfortunately lost one MiG-21. The pilot is missing in action. Pakistan has claimed that he is in their custody. We are ascertaining the facts,” Raveesh Kumar said at a news conference in New Delhi, the chief spokesman for India’s Ministry of External Affairs.

Earlier on Wednesday, Pakistan’s military said it had conducted its first airstrike against unspecified Indian targets, though it said no Pakistani aircraft crossed the border. And the military rejected India’s claim that a Pakistani fighter jet had been shot down.

There are fears that tensions between the nuclear-armed neighbors could escalate after Prime Minister Imran Khan of Pakistan promised on Tuesday to retaliate for an incursion by Indian jets hours before. Those airstrikes were the first time since 1971 that the Indian Air Force had crossed the Line of Control, the de facto border between the Indian- and Pakistani-held areas of Kashmir, to strike inside Pakistan.

Pakistan’s chief military spokesman, Major General Asif Ghafoor, said in a news conference on Wednesday afternoon that Pakistan’s air force had struck six targets inside India, without crossing into the country’s airspace. It was unclear what was struck; Major General Ghafoor described the strikes as being in an open area to make sure there was “no human loss or collateral damage.”

The Indian Air Force responded by entering into Pakistan’s airspace, he added, and two warplanes were shot down.

By Wednesday afternoon, the Indian government shut down the airspace over parts of the country’s north that host military facilities, including Jammu, Srinagar, Amritsar, Leh and Dehradun, according to Rakesh Asthana, the director General of the Bureau of Civil Aviation and Security.

Pakistan also shut down large parts of its airspace, including major airports, according to a notice issued by the country’s Civil Aviation Authority.

In the Indian-controlled parts of Kashmir, volunteers painted large red crosses on the roofs of hospitals in an effort to keep them from being accidentally struck by airstrikes or artillery.

Troop movements were reported within both countries, including a tank column that temporarily shut down a highway in the western Indian state of Rajasthan, hundreds of miles south of Kashmir near the border with southern Pakistan.

In a televised speech, Mr. Khan said, “We waited, and today we took action,” shooting down two Indian aircraft after being “forced to retaliate” for the Indian airstrikes on Tuesday. But he asserted he had no desire for war.

“I am talking to India: We need to use wisdom and sagacity. All big wars have been due to miscalculation. No one knew how the war would end,” he said. “My question to India is that given the weapons we have, can we afford miscalculation?”

He added: “We should solve our problems through dialogue.”

In the early hours of Tuesday morning, India’s Air Force entered Pakistan to strike what the government claimed was a training camp belonging to the Jaish-e-Mohammed militant group in Balakot, Khyber-Pakhtunkwha Province, resulting in “heavy casualties.” But the Pakistani government and residents of the area reached by telephone said the strikes instead struck an open ravine, resulting in minimal damage.

Those strikes were in response to the Feb. 14 suicide bombing by Jaish-e-Mohammed on an Indian paramilitary convoy in Kashmir, which New Delhi vowed to respond to. The suicide bombing killed 40 Indian soldiers, the worst incident in Kashmir in three decades.

Jaish-e-Mohammed is classified as a terrorist group by the United Nations and blacklisted. Although the group is formally banned by Pakistan’s government, American and Indian officials say it operates freely in the country, which Islamabad denies.

In decades of conflict, India and Pakistan have each downed dozens of aircraft. In 1965, during the first major war since Partition, it is estimated that Pakistan destroyed more than 50 Indian aircraft and lost about 20 planes. In 1971, when fighting erupted in East Pakistan, now known as Bangladesh, it is estimated that the Indian Air Force lost more 40 aircraft and the Pakistanis lost more than 70.

Most recently, when fighting erupted in the skies over Kashmir in 1999, at least one Pakistani naval aircraft was downed by an Indian fighter jet. All 16 people aboard were killed.

In The Washington Post, Ishaan Tharoor has an excellent summary of the events over the past two weeks or so that have brought us to where we are today, and an assessment of where they could be headed next. These confrontations come as India prepares for elections in the coming months that will decide control of the government going forward. As the date for scheduling those elections draws near, Indian Prime Minister Modi and his coalition government are facing a challenge from a coalition led by Rahul Gandhi, the son of former Prime Minister Rajiv Gandhi, grandson of former Prime Minister Indira Gandhi, and great-grandson of Jawaharlal Nehru, the first Prime Minister of India after independence from the United Kingdom. At present, Modi and his coalition have an overwhelming majority in India’s Parliament and appear to be set to maintain that much of that majority going forward. Nonetheless, Modi has found himself under increased political pressure to get tough with Pakistan in the wake of attacks by paramilitary groups in the Kashmir region, and it’s the response by the Indian military to those attacks that has prompted the exchanges of fire that have taken place in recent days:

Domestically, being seen as tough on Pakistan helps Modi politically at a crucial time.

India’s election authorities are due within weeks to announce the dates of the next general election.

In 2014, when Modi first became prime minister, he promised to, among other things, revive a flagging economy and be stronger than his predecessors on defense. On the economic front, things have been looking shaky of late.

Even as India’s growth remains strong, worries have been mounting for months about a worsening jobs crisis and falling farmer incomes — both among the factors cited by analysts to explain why Modi’s Bharatiya Janata Party (BJP) suffered heavy losses in a series of important state level polls in December.

But Tuesday’s news boosts Modi’s image as being strong on defense. And his backers are already seizing on the developments, with Amit Shah, the BJP president, tweeting that Tuesday’s “action further demonstrates that India is safe and secure under the strong & decisive leadership” of Modi.

News such as this is hardly new, of course. There have been many times over the years when tensions between India and Pakistan over the disputed region of Kashmir have intensified, usually because one nation accuses the other of having done something to violate the ongoing ceasefire or because of a mistaken exchange of fire or movement of troops that caused the other side to respond due to the fact that tensions, and indeed arms, in the region have been on a hair trigger for decades now. Most of the time, though, these exchanges resolve themselves in a matter of days or weeks and the situation has not descended into what can fairly be described as a war since 1999 during what has come to be called the Kargil War, a conflict that lasted roughly a month from May to June 1999. Since that time, there have been standoffs and other incidents in 2001 and 2002, 2008, 2011, 2013, 2014, and 2016 none of which resulted in a full-fledged conflict or movement of troops by either side, and it’s likely that tensions will eventually cool down as they have in the past. At the same time, though, it’s also possible that we could be looking at a part of the world that could present challenges to the Trump Administration, one that would be difficult for the United States and its close allies such as the United Kingdom to ignore or neglect given all the factors involved and the dangers that a wider conflict pose to the region and beyond. In that regard, the fact that this President has significantly soured our relationships with those allies make that kind of cooperation more difficult.

As in the past when tensions have flared between India and Pakistan, the primary concern the outside world has had, of course, is the fact that both of these nations are nuclear powers who reportedly have somewhat lax control over the security and rules for deploying their nuclear arsenal, thus raising the risk that a misunderstanding risks spiraling out of control and ending in tragedy. Beyond the nuclear fears, though, it’s fairly clear that any conflict between the two nations would pose problems. For better or worse, Pakistan remains a major and important ally in the War On Terror, especially as it concerns al Qaeda. Additionally, in the past, it has been accused of being lax about who it shares its nuclear and missile technology with, even if that means dealing with rogue nations such as North Korea and Iran. India, on the other hand, is important the world’s second most populated nation, has been engaged in a significant military buildup in recent years in response to both the tensions with Pakistan and its rivalry with China and has developed closer relations with the United States as a result. Finally, an increase in tensions between India and Pakistan in this part of the world must also take into account the potential of involvement of China, either unintentionally or due to Beijing feeling it has no choice but to get involved, given the fact that China has also expressed claims in the disputed region.