I found this photograph of what is apparently the first draft, with revisions, of President Roosevelt’s December 8 1941 speech to Congress, from the Pearl Harbor Museum, to be quite interesting: 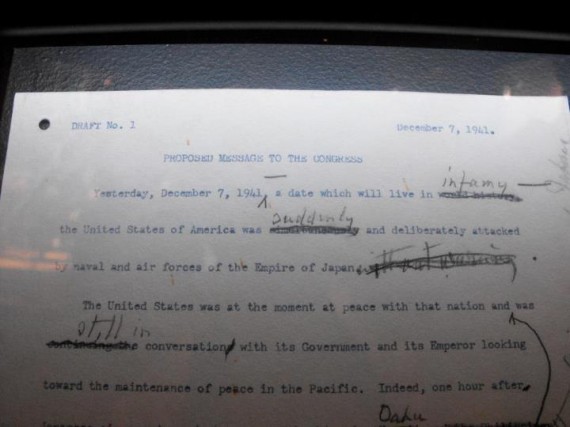 No word on who made the editorial remarks.