The labor laws apply no matter what business you're in. 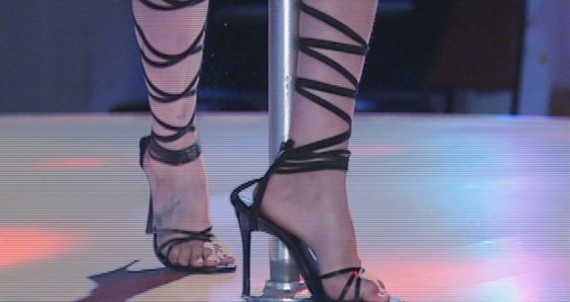 A Federal Judge in Manhattan has ruled that a strip club in New York City owes millions of dollars in back pay to its dancers:

Rick’s Cabaret, a strip club in Midtown Manhattan, owes more than $10 million in back pay to about 1,900 dancers who performed there without being paid hourly wages, a federal judge ruled on Friday.

The judge, Paul A. Engelmayer of the Southern District, had decided last year that Rick’s had treated the dancers as though they were employees and should have been paying them at least the minimum wage.

That decision set the stage for a trial in which the dancers are seeking at least $18.8 million in compensation.

The judge ruled on Friday that Rick’s must pay the dancers at least $10.8 million and possibly much more, depending on the outcome of the trial, which is set for early next year.

The award, a combination of wages Rick’s did not pay and fees that the judge said Rick’s unfairly collected from the dancers, would be split among the 1,900 members of the class of plaintiffs.

The class includes everyone who danced at the club from its opening in 2005 through late 2012, said E. Michelle Drake, a Minneapolis lawyer representing the dancers.

Ms. Drake said she was looking forward to the trial.

She said Rick’s, which is a few blocks from the Empire State Building, kept track of the dancers’ comings and goings with an electronic fingerprint scanner. That system provided indisputable evidence of the hours many of the dancers logged at the club, she said.

“This is the beginning of a much larger number for them,” said Ms. Drake, a partner in the Nichols Kaster law firm.

Leaving aside the more salacious elements that this story obviously brings to mind, the case in question actually involves some interesting questions about when someone is considered an employee and when they are considered an “independent contractor.” In the first case, of course, employers are required to comply with a number of legal requirements ranging from covering a portion of Social Security taxes to ensuring the payment of a minimum wage. Previously, the Judge in this case had ruled that the dancers were in fact employees due to the degree of control that the club exercised over their work conditions and schedules, among other elements. To some degree, once that decision was made the decision laws week was somewhat inevitable. An additional factor in this case, which may sound familiar to those in the food service industry, is that dancers were apparently receiving a lower cut of revenue in cases where customers had paid via credit card than if they paid by cash:

Patrons were able to purchase $24 vouchers called Dancer’s Dollars, which could be redeemed for personal dances at the club. Rick’s Cabaret “systemically retained, without disclosure to customers” $2 of each voucher, in addition to charging a $4 service fee. Dancers only received $18 of each voucher. When paid in cash, the dancers retained the full $20 fee for each dance.

The withheld $2 from each voucher should have gone to the dancers as a gratuity, according to the court documents.

Rick’s Cabaret had claimed that the dancers made more than minimum wage when the dancers’ performance fees were included. But under labor law, “such fees do not offset defendants’ minimum wage obligations,” according to the court documents.

“We are very pleased with the court’s well-reasoned and thorough decision, and are confident that we will prevail at trial and secure an even greater monetary judgment,” the dancers’ attorney, Anna P. Prakash, said in a statement. “The court’s decision reflects that exotic dancers are entitled to the same legal protections as other employees, and is a resounding victory for a group whose voices are all too often ignored.”

As a matter of law, of course, it shouldn’t matter what kind of business we’re talking about, as long as it’s legal and the labor laws apply then the employees are entitled to the same legal protections as everyone else. I would imagine, of course, that these practices have been going on in this particular industry for some time and that they laws were largely going unenforced because the women involved either could not afford to hire the legal counsel necessarily to enforce their rights in a case like this. In this case, though, the fact that the Defendants are part of a class action means that legal fees were not a significant worry for them since, presumably, attorneys fees will largely be covered by whatever recovery may be awarded at the end of the case. This isn’t the end of the case either, so the potential for a larger award is certainly there, although one would think that after two losses in a row at the trial level the company that owns the clubs involved would start to think that settlement  may be in their best interests lest the ongoing costs of defense, plus any additions to the Judge’s aware in future phases of the litigation, end up being worse than what they’ve lost already.

In any case I suppose you could say the dancers are suing the pants off of Rick’s.

An with that, I’ll show myself out.