Retired General Keith Alexander is hawking his services to banks at princely sums. 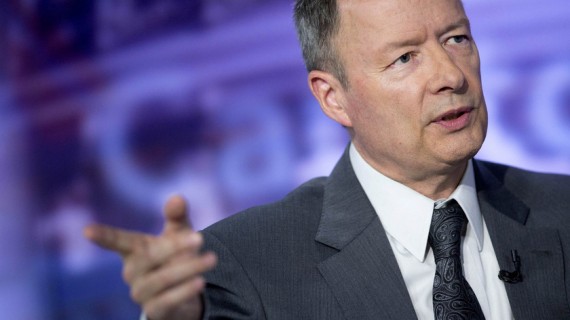 General Keith Alexander, former head of the NSA and US Cyber Command, is hawking his services to banks at princely sums.

As the four-star general in charge of U.S. digital defenses, Keith Alexander warned repeatedly that the financial industry was among the likely targets of a major attack. Now he’s selling the message directly to the banks.

Joining a crowded field of cyber-consultants, the former National Security Agency chief is pitching his services for as much as $1 million a month. The audience is receptive: Under pressure from regulators, lawmakers and their customers, financial firms are pouring hundreds of millions of dollars into barriers against digital assaults.

Alexander, who retired in March from his dual role as head of the NSA and the U.S. Cyber Command, has since met with the largest banking trade groups, stressing the threat from state-sponsored attacks bent on data destruction as well as hackers interested in stealing information or money.

“It would be devastating if one of our major banks was hit, because they’re so interconnected,” Alexander said in an interview.

Alexander offered to provide advice to Sifma for $1 million a month, according to two people briefed on the talks. The asking price later dropped to $600,000, the people said, speaking on condition of anonymity because the negotiation was private.

Alexander declined to comment on the details, except to say that his firm will have contracts “in the near future.”

Kenneth Bentsen, Sifma’s president, said at a Bloomberg Government event yesterday in Washington that “cybersecurity is probably our number one priority” now that most regulatory changes imposed after the 2008 credit crisis have been absorbed.

“There are a lot of very high-caliber people that have served in public positions who bring a tremendous amount of expertise that our industry or other industries can benefit from. General Alexander is certainly one of those people,” Bentsen said.

Former U.S. intelligence officials are part of the burgeoning Internet security industry. Michael Morell, who last year was deputy director of the Central Intelligence Agency, now works for Beacon Global Strategies LLC and appeared at a Sifma event to warn financial firms about cybersecurity threats. CrowdStrike Inc., a security-technology company that does work for the largest banks, has former FBI officials on its staff.

The firm’s general counsel, Steven Chabinsky, was a deputy assistant director in the FBI’s cyber division. Cybersecurity is at the center of digital-dominated banking, he said in an interview.

Alexander is hardly the first powerful public official to peddle his services in the private sector at a hefty markup after leaving government. And I have no reason to think that Alexander’s dealings are anything but above board. Still, I find this troubling for reasons I can’t quite put my finger on.

Partly, it’s because of the vast amount of classified information he had access to as head of the NSA. Aside from the vast troves gleaned from the NSA’s traditional methods, there’s the insights into American businesses that came from the various datamining operations during Alexander’s tenure. So, not only does he have unique expertise about the cyber threat but he also has a lot of knowledge about the vulnerabilities—and who knows what else—of competing banks. Again, I don’t question Alexander’s integrity. But, for even his discounted rate of three times his former annual salary a month, one presumes the people paying for his services have all that at the back of their minds.

And, of course, there’s the ever-present issue of influence peddling.

Alexander said in the interview that one obstacle to a stronger system is the legitimate concern banks have about privacy and liability when they give data to other firms and the government. The Senate Intelligence Committee next week will take up a bipartisan bill — sponsored by Senators Dianne Feinstein, a California Democrat, and Saxby Chambliss, a Georgia Republican — which would set rules and protections for information-sharing.

Such a law would be an important tool to improve the nation’s defenses, Alexander said.

“What I’m concerned about is we’re going to have a 9/11 in cyberspace,” he said. “We don’t need to suffer this kind of attack.”

Again, I presume Alexander is a patriot first and trying to make an honest buck second. But at the rates he’s charging, he’s got to be a saint, indeed, not to shade his testimony in the interests of his potential clients.