freddie deboer checking in and checking out

A public intellectual is getting the help he needs. 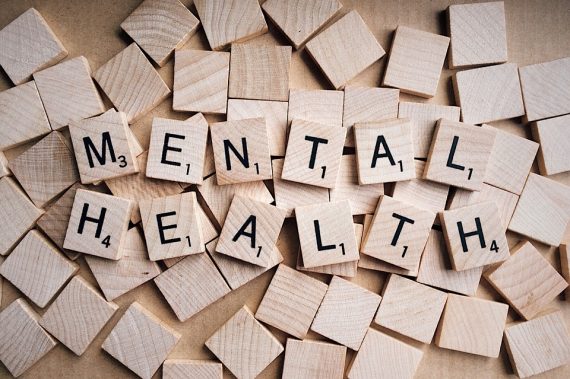 Fredrik deBoer, better known in social media circles as freddie deboer, has some distressing news at his personal blog:

Shortly I will be headed to the Richmond University Medical Center to pursue intensive treatment for my mental illness. My day-to-day existence has become entirely unmanageable, and I fear for my health and safety. I do not have much of a plan at this point other than to get checked in. When I am back out I will try to decide if this project can continue. If not I will immediately suspend the Patreon, but feel free to stop your payments yourselves too. It is clear that I can never return to my old ways of engaging online, and I must leave semipublic life permanently, among many other changes. All I want is to build a quiet and simple existence where I can live and work privately without hurting myself or others. At present I have a hard time contemplating the future. I just know that my life is fundamentally broken and drastic measures are necessary to fix it.

My best wishes for Freddie’s speedy and full recovery and hopes that he can return to life as a public intellectual in a capacity that works for him.

He emerged on the national scene in 2008 and managed to make a name for himself. But he’s also faced constant struggle, compounded, as I now know, by the aforementioned mental illness. Specifically, as he elucidates in a recent post at Medium, type II bipolar disorder. The effects of which both drove him to be an incredibly prolific writer and to hate himself for being insufficiently productive. It also explains why, even as a relatively young graduate student, he seemed so obsessed by having health insurance–a rather constant reference in his online writings.

Freddie’s lesser struggles were pretty well documented. Like most people who entered graduate school, at least outside of the very most prestigious programs, over the last thirty years, there was the daunting fact that it was extremely unlikely he’d wind up with a tenure-track professorship. That was followed, not shockingly, with a job search that yielded no jobs his first year out of school and a job in academic administration his next.

Additionally, he was a political opinion writer with very few allies. While I can certainly relate, having morphed over the years from a conservative Republican to an internal critic of the party to someone outside the party,  my views are still comparatively mainstream. Freddie is far enough to the left that he was constantly pissing off his natural allies, like the Balloon Juice (of which he’s an alumnus and likely where I first encountered his writing) and Lawyers, Guns, and Money gangs, and winning plaudits from those on the right that he despised. And, again, this was compounded by his illness, as it makes him more strident and confrontational than someone with his intellect and training ought to be:

All of this happens in view of the internet. I really was not made for the digital era, or the digital era was not made for people like me. No one has ever needed the gatekeeping functions of editing and publication more than me, and I was born at precisely the time necessary to be among the first to avoid them. The sense not to share, the ability to police oneself, thinking about consequences, adhering to rules, having a sense of proportion — all of these things, necessary for a healthy online life, are precisely the kind that are so hard to practice in this state. I can break new rules as fast as I can come up with them.

He lately mostly moved out of the political commentary space and started up a blog devoted to education issues. In a lengthy post last week, his reasoning hit home with many of us:

I had to rearrange a few things in my digital social life. And concurrently I had realized that my sense of the world was being distorted by the flow of information that was being deposited into my brain via the internet. I hadn’t really lost a sense of what the “other side” thinks politically; I’m still one of those geezers who forces himself to read Reason and the Wall Street Journal op/ed page and, god help me, National Review. But I had definitely lost a sense of the mental lives of people who did not occupy my various weird interests.

What were other people thinking about, at least as far as could be gleaned by what they shared online? What appeared to be a big deal to them and what didn’t? I had lost my sense of social proportion. I couldn’t tell if the things my friends were obsessing about were things that the rest of the world was obsessing about. Talking to IRL friends that don’t post much or at all online helped give me a sense that I was missing something. But I didn’t know what.

No, I had to use the tools available to me to dramatically change the opinions and ideas and attitudes that were coming flowing into my mental life. And it had become clear that, though I have an RSS feed and I peruse certain websites and publications regularly, though I still read lots of books and physical journals and magazines, the opinions I was receiving were coming overwhelmingly through social media. People shared things and commented on what they shared on Facebook and Twitter, they made clear what ideas were permissible and what weren’t on Facebook and Twitter, they defined the shared mental world on Facebook and Twitter. They created a language that, if you weren’t paying attention, looked like the lingua franca. I’m sure there are people out there who can take all of this in with the proper perspective and not allow it to subtly shape your perception of social attitudes writ large. But I can’t.

It’s all particularly disturbing because a lot of what you see and don’t online is the product of algorithms that are blunt instruments at best.

So I set about disconnecting, temporarily, from certain people, groups, publications, and conversations. I found voices that popped up in my feeds a lot and muted them. I unfollowed groups and pages. I looked out for certain markers of status and social belonging and used them as guides for what to avoid. I was less interested in avoiding certain subjects than I was in avoiding certain perspectives, the social frames that we all use to understand the world. The news cycle was what it was; I could not avoid Trump, as wonderful as that sounds. But I could avoid a certain way of looking at Trump, and at the broader world. In particular I wanted to look past what we once called ideology: I wanted to see the ways in which my internet-mediated intellectual life was dominated by assumptions that did not recognize themselves as assumptions, to understand how the perspective that did not understand itself to be a perspective had distorted my vision of the world. I wanted to better see the water in which my school of fish swims.

There’s actually quite a bit more there but that’s the gist. I’ve certainly felt much of that. It’s part of the reason that, unconsciously, I’d all but stopped blogging for a while. I actually plunged deeper into Twitter. My feed is highly curated, consisting almost entirely of really smart people in the national security, academic, and media worlds. And, while that’s very much the community in which I want to live, it can indeed distort one’s view of reality. Especially in the age of Trump.

Thankfully, my mental health is relatively good and all of this is something I can manage. I’ve intentionally dialed back the Twitter and am slowly getting back into writing here and, hopefully, elsewhere.

Freddie’s situation, and the more tragic recent case of Will Moore, is a reminder that we should be on the lookout for signs that people in our lives need professional help. Freddie has certainly been dropping clues, although perhaps ones that are only obvious in hindsight.