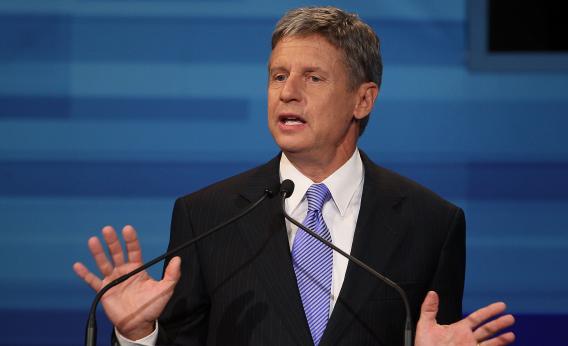 Former New Mexico Governor, Republican candidate for President, and 2012 Libertarian Party nominee Gary Johnson is getting into the pot business:

The announcement came as Cannabis Sativa Inc. said it had acquired marijuana research business Kush while company officials work to navigate changing state laws on marijuana and potential challenges from the federal government, which still views marijuana as a controlled substance.

Johnson said he hoped to expand Cannabis Sativa into a major marijuana business and intends to work out of New Mexico to help develop products that are legal in states like Colorado and Washington.

“I generally believe this is changing the planet for the better,” said Johnson, who will be paid $1 a year and receive equity in the company. “It also is a bet on the future … We think we have the creme de la creme of marijuana products.”

“Couple of things hit you when you try the product. One is, wow, why would anybody smoke marijuana given this is an alternative?” Johnson said. “And then secondly, it’s just very, very pleasant. I mean, very pleasant.”

Assuming Johnson has interest in seeking the Libertarian nomination in 2016, which certainly seems to be the case given his continued involvement in the party, this obviously won’t hurt him.