Brett Marston has an interesting post on the end of a 53-year-old German law that prohibited stores from having sales except during two government-sanctioned periods. Brett points out the differences in the two national economic cultures and notes that there are some advantages to the German approach, which there are.

I’ve lived in Germany three separate times, most recently from 1989-92. It’s definitely a different culture. For one thing, it’s comparatively monolithic, since it has an ethnic-linguistic sense of what makes someone “German.” (For example, Turks who are born in Germany, even for the second or third generation, are still Turks.) It’s also much more densely populated.

That combination makes for much more need and willingness to be regulated. It seems like there’s a law for everything. How often you sweep the sidewalk in front of your home. How long you may warm your car in the morning. How long a traffic light can be before you’re required to turn off the engine. What time businesses close.

One of my weirdest German moments came on my first day back as an adult in 1989. I arrived rather jetlagged, got settled into my room at the Gasthaus, and ventured out for a bite to eat. I walked to a restaurant down the street and ordered, in mediocre but understandable German, a meal from the menu. It was around 3 in the afternoon. I was informed that, no, I could not have a meal because it was not supper time. I could only have cake and a beverage. Such a response might have justified gunplay in Texas. But Germans accept such a rigid system without question.

In many ways, the average German is better off than the average American. They have excellent, cradle to grave health care. Four to six weeks of paid vacation a year. Hefty Christmas bonuses. More holidays than you can shake a stick at. Terrific public transportation and well maintained roads. Free and excellent university education for those with good grades. And the aqueduct!

In other ways, though, the Germans don’t have it so good. Very few live in their own houses. Most live in the equivalent of a small townhouse. Fewer have air conditioning, even though it gets pretty hot there most summers. Consumer goods are much more expensive. Gasoline is insanely expensive, owing to taxes that are about triple the cost of the product. Very little room for creative destruction in the economy owing to tight regulation and the infusion of labor unions into the governmental process. And, for late bloomers, not too many second chances. One can’t be a poor student at age 11 and eventually go on to college, since they start getting “tracked” in time for the 5th grade. Well, actually, that’s not quite true: They can always go to the United States.

While there are some things we can learn from the German experience, and a few worth emulating, I’d say that our system is one I’d prefer overwhelmingly. 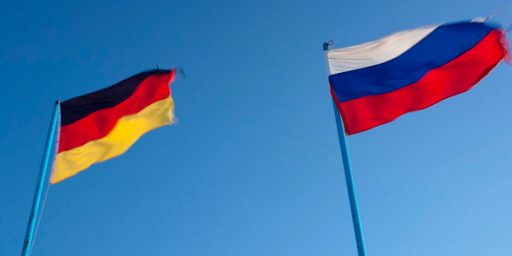