Turkey has issued a formal apology to Russia over the November 2015 downing of a Russian jet that had briefly strayed into Turkish airspace. 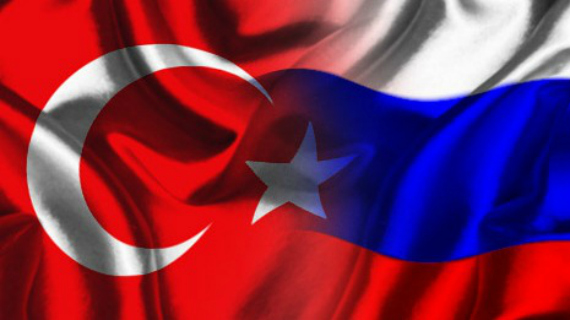 Turkey has issued a formal apology to Russia for downing a Russian jet back in November, a marked turn from the position the Turks took in the initial period after the incident that the jet was part of Russian provocation of Turkish military units after a series of incursions of Turkish air space:

ISTANBUL — Turkey continued its diplomatic fence mending on Monday, apologizing for downing a Russian jet near its border with Syria last year.

In a letter to President Vladimir V. Putin of Russia on Monday, the same day Turkey announced a rapprochement with Israel, President Recep Tayyip Erdogan expressed regret about the November episode, in which Turkish forces shot down a Russian warplane that Turkey said had violated its airspace.

Mr. Erdogan has become isolated diplomatically after adopting an increasingly authoritarian stand, a combative position with Europe regarding the international migrant crisis, and a newly muscular foreign policy, including a failed strategy in Syria. The outreach on Monday can be viewed as an effort to repair some of that damage.

“Turkey had been going through a deep sense of isolation for the past few years, having switched from its famous ‘zero problems with neighbors’ policy to a place where they had no neighbors without problems,” said Asli Aydintasbas, an expert at the European Council on Foreign Relations. “This was the loneliest point in the history of the republic — Qatar and Saudi Arabia looking like the government’s only real friends.”

Under Mr. Erdogan, Turkey has tried to establish friendships with its Muslim neighbors, a shift from the past. But some experts argue that Turkey miscalculated, especially in Syria, where, until recently, it pushed for the ouster of President Bashar al-Assad. It has also opposed the United States there over Kurdish rebels fighting the Islamic State, and has been criticized for letting fighters pass freely across its border with Syria.

In the case of Russia, economics trumped political posturing, Ms. Aydintasbas said. Trade between the two countries had been substantially in Russia’s favor, largely because it sells considerable amounts of oil and gas to Turkey. But Turkey also benefited: More than three million Russians visit each year, the second-largest group of foreign travelers after Germans, and their absence has taken a painful toll on Turkey’s tourism industry.

In his letter to Mr. Putin, Mr. Erdogan said he “would like to inform the family of the deceased Russian pilot that I share their pain and to offer my condolences to them,” according to a statement from Turkey’s presidential spokesman, Ibrahim Kalin.

The effort to repair relations with Russia began the same day that Turkey and Israel announced an agreement to resume full diplomatic relations, ending a bitter six-year rift between the once-close regional allies. The two countries had fallen out over a 2010 Israeli military raid on a Turkish boat, the Mavi Marmara, which was bringing aid to Gaza. Ten Turkish activists were killed.

The deal provided an opening for lucrative natural gas projects: for Israel to sell natural gas reserves to Turkey, and via Turkey to Europe.

It is unclear why the reconciliation with Russia is happening now. Mr. Erdogan, a charismatic leader who has tapped into rising populism in Turkey, has grown increasingly autocratic, prompting criticism from liberals at home and from some allies abroad. Experts said he was trying to change his positions abroad in order to burnish his image and authority.

“At the core of the decision to mend ties with Israel and Russia is an existential need for survival,” Ms. Aydintasbas said. Mr. Erdogan’s Justice and Development Party is “the top vote-getter and has just won elections,” she said, “but with a serious homegrown insurgency, a frail economy and a long list of foes, it is hard to rule a country.”

Cengiz Candar, a visiting scholar at the Stockholm University Institute for Turkish Studies, said: “We’re seeing the contours of Erdogan’s pragmatism. Now they can say: ‘See, we are improving our relations in our neighborhood. We’re on the right track.’ “

While Erdogan’s actions may be driven by pragmatism and the realization that continuing to be recalcitrant with Russia was not getting Turkey anywhere, the apology appears to be a recognition of the fact that fault in the incident was by no means as clear as the Turks initially claimed them to be. When the incident first occurred, it certainly seemed from the way the Turks described the incident as if the Russians were deliberately trying to provoke the Turks into action by crossing into their territory, an incident which the Turks claimed was happening on a regular basis even though they failed to provide any real evidence to support the claim. For their part, the Russians reacted about as you would expect that they would have, with an angry diplomatic statement and sanctions but little sign of even thinking about responding militarily against a member of NATO, especially since most NATO members responded to the incident by condemning Russia for violating Turkish airspace. As time went on, though, it became apparent that the actual facts of the incident did not match the initial Turkish claims and that the Russian jets had only spent a brief amount of time in Turkish airspace prior to being shot down, a suggestion that the Turks had at the very least overreacted to the incident by shooting the plane down. One map shows that the Russian jet was in Turkish airspace for only 17 seconds and that it had done nothing to provoke the Turks, for example.

In any case, it was fortunate that the incident in November didn’t go any further than it did. As noted, the Russians responded to the downing by imposing sanctions and the Turks responded to that with sanctions of their own, and it was unclear in the beginning just how much escalation we might see from the two sides. For the Turks, further action risked the prospect of Russian retaliation and the possibility of putting pro-Turk forces in Syria in jeopardy. For the Russians, there was the obvious risk that setting off a conflict with a NATO member could cause problems elsewhere in Europe. In the end, though, it seemed clear that it was Turkey that blinked first. At least to some extent, this probably needs to be seen as an admission on the part of the Turks that they had acted hastily with regard to this incident and that the initial claims of long-term Russian provocation were largely incorrect.