Comedian Gilbert Gottfried is the latest idiot celebrity to damage their career on Twitter. 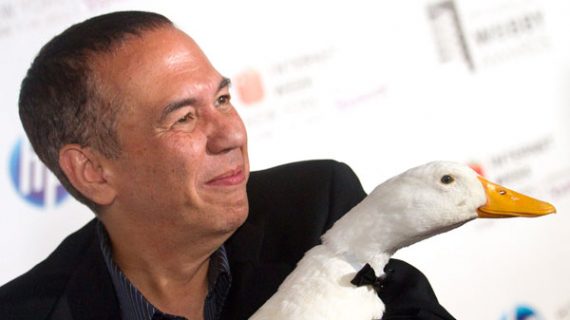 Comedian Gilbert Gottfried is the latest idiot celebrity to damage their career on Twitter.

You’ve heard the last of comic Gilbert Gottfried voicing the Aflac duck in the insurance company’s TV ads. The insurance company has sacked Gottfried after he spent the weekend tweeting a slew of gags about Friday’s magnitude 9.0 earthquake and ensuing tsunami that, as of this writing, had claimed 2,414 lives and counting. In the Miyagi prefecture along, the police chief has estimated the local death toll could rise to 10,000.

“Gilbert’s recent comments about the crisis in Japan were lacking in humor and certainly do not represent the thoughts and feelings of anyone at Aflac,” the company’s chief marketing officer said in a statement. “Aflac Japan – and by extension, Japan itself – is part of the Aflac family, and there is no place for anything but compassion and concern during these difficult times.”

Among other comments, Gottfried had Tweeted: “Japan is really advanced. They don’t go to the beach. The beach comes to them.” He also Tweeted: “I just split up with my girlfriend, but like the Japanese say, ‘There’ll be another one floating by any minute now’.”

I get that dark humor is how some people cope with tragedy. But Gottfried is not only a public figure but one who’s been around awhile. He’s 56 years old and got his big break as a regular on “Saturday Night Live” 31 years ago!

On the bright side, I’m sure Kenneth Cole will snap him right up.

Other Examples of Utterances Leading to Firings