The story of an American Green Beret found living in Vietnam 44 years after he had been declared dead appears to be a hoax. 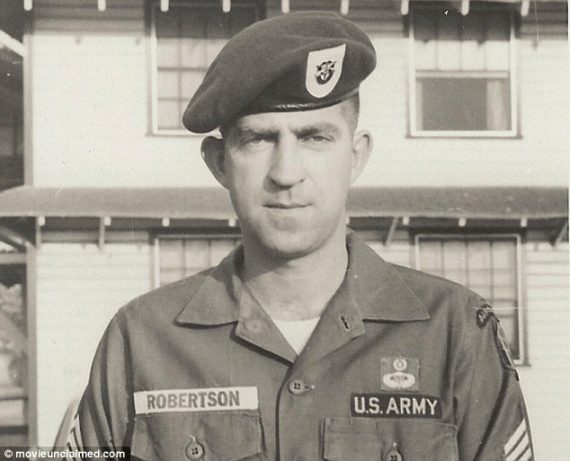 The story of an American Green Beret found living in Vietnam 44 years after he had been declared dead appears to be a hoax.

The Independent (“Revealed: Man claiming to be Vietnam veteran Sgt John Hartley Robertson, who went missing and was presumed dead 44 years earlier, is ‘exposed as a fraud’“):

News of the “discovery” of Sgt Robertson swept the world yesterday, after details emerged of a soon-to-be-released documentary that claims an elderly man living in the remote Vietnam jungle is in fact a former Green Beret shot down and presumed dead 44 years ago.

Although DNA tests had not taken place, tearful “reunions” with a former colleague and the last surviving sister of Sgt Robertson appeared to confirm the man was who he claimed to be.

80-year-old Jean Robertson Holly even went as far as saying: “There’s no question. I was certain it was him in the video, but when I held his head in my hands and looked in his eyes, there was no question that was my brother”.

That emotional story was shattered today, however, when it was claimed that the found man was in fact a fraudster who the US government performed DNA tests on 20 years ago and whose story had been fully debunked as an attempt to exploit Vietnam’s Missing in Action and Prisoner of War groups and claim military back-pay.

According to a memo sent to a UK news organisation yesterday evening, the man claiming to be Sgt Robertson is in fact Dang Tan Ngoc – a 76-year-old Vietnamese citizen of French origin who has a history of pretending to be US army veterans.

The memo, taken from a Defense Prisoner of War Missing Personnel Office report in 2009, apparently says Ngoc first came to the attention of the US military in 2006 when he started telling people he was Sgt John Hartley Robertson.

He was apparently questioned about the claims but quickly admitted he had been lying and was in fact Vietnamese.

In 2008 Ngoc apparently began claiming to be Sgt Robertson once again, and he was taken to a US embassy in Cambodia to be fingerprinted. It was quickly established that the fingerprints did not match those of the missing army veteran.

In the documentary, titled ‘Unclaimed’ and made by the Emmy-award winning filmmaker Michael Jorgensen, the man claims that he is no longer able to speak English after living in the remote Vietnam jungle for the last 44 years.

It’s odd, indeed, that Jorgensen would spend so much time and money to make a movie without doing a thorough background check. If nothing else, few will be interested in seeing it now that the premise appears to have been debunked. 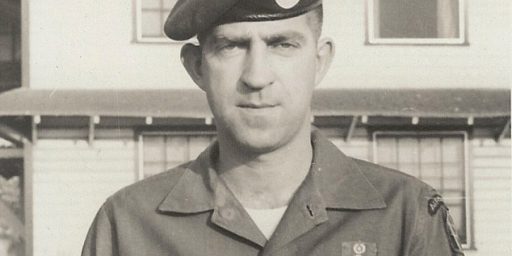