Have Smart Phones Gone the Way of the PC?

Have we reached the point where the processing speed, connectivity, and cameras on our smart phones are simply good enough? 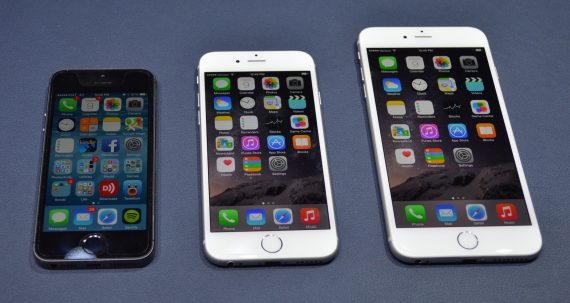 Apple has cut way back on production of the iPhone X and, despite the introduction of three new models this year, sales are well below the 2015 peak. We may simply be at the point we reached more than a decade ago with desktop and notebook devices: improvements are so incremental that there is little urgency to upgrade.

I was a rather late adopter of the personal computer, not buying my first rig until I was a young Army officer, circa 1989. It was a 8088 machine that was less than state-of-the-art even at the time, with 640 KB RAM, an 8 MB hard drive, and ran on MS DOS and the big floppy disks.  I also had a dot matrix printer. That machine was so obsolete by the time I started writing my dissertation in 1993 that, even on a grad student stipend, I felt that I had to suck it up and invest another $2000 or so in buying a new one. The replacement was a 486/25 with 2 MB RAM, a 40 MB hard drive that had both the floppy drive and one for the newer hard discs and ran Windows 3.1. The replacement printer was still dot matrix but much faster and higher quality.

The cycle continued for roughly two decades: every three or four years my machine had become obsolete because the new ones could run software and otherwise do things that mine couldn’t. And, because I tended to skip a generation or two in between, every upgrade was very much worth it—bringing genuine excitement over the improvement.

By the mid-2000s, though, while the industry continued to produce better, faster machines—which were cheaper in real dollars and radically cheaper in constant dollars than the first few iterations I owned—my machines had become appliances. Even though I still prefer using a desktop machine to a laptop, the ones I have are more than good enough to access the Internet, do word processing, write the blog, and so forth. So I only buy a new machine when the old one needs a massive repair and barely notice any improvement despite going five, six, or seven years in between.

I was a much later adopter of mobile phone technology, not buying my first until somewhere around 1999-2000. I went through at least three phone-only models before getting my first Blackberry around 2004. My first iPhone was a 3GS in 2009. I dutifully upgraded to the 4S in 2011 and the 5S in 2013. Because the companies quit subsidizing the phones with “free upgrades” and because I’m so constantly connected, I resolved simply to get on a payment plan and upgrade annually, figuring it was worth the $30-35 month installment payment in perpetuity and got the 6-Plus, 6S-Plus, and 7-Plus after the Christmas rush in 2014, 2015, and 2016.

I was fully expecting to get a 7S-Plus or 8-Plus or whatever at the end of 2017 but Apple decided to release three new phones–the 8, 8-Plus, and X. I didn’t want any of them enough to pay for them. The 8-Plus would have been a modest upgrade to the 7-Plus, I suppose, but the existence of the X made it seem like buying a less-than-new phone. And the X, strangely, comes with not only a massive price increase but a smaller screen. (Yes, theoretically, the screen dimension is bigger than the 7-Plus I have now. But it actually shows less content because of the different aspect ratio.) Nor are any of the new features—wireless charging, facial recognition, or the weird thing where you turn yourself into an emoji–particularly compelling.

So, even though it feels like I’m essentially wasting money by not upgrading (the trade-in value of the 7-Plus is falling while I’m paying for it, which was the rationale* for annual vice every-other-year upgrades) there’s just no good reason to buy either the 8-Plus or the X. And, with the payments expiring in December, whatever comes after the X is going to have to be an even-more-significant improvement to make it worth getting back into financing a new phone.

Have we reached the point where the processing speed, connectivity, and cameras on our smart phones are simply good enough? And where new features are novelties rather than real improvements?

*Because the price of the newest phone remained essentially constant year-over-year, the trade-in of the one-year-old phone was enough to keep the payments the same. Waiting a year meant forgoing the upgraded camera and other features while paying the same monthly rate. The only cost of switching was the need for a new case and the difference in sales tax.