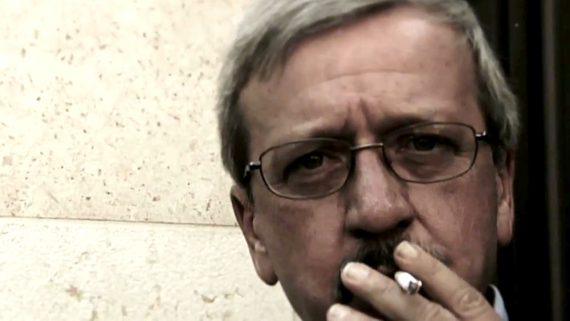 In this frame grab from video provided by the Herman Cain campaign, campaign manager Mark Block smokes a cigarette in an ad. Before Smoking Man, there was Obama Girl. And who can forget Jib Jab? The new ad showing Block is the latest political video to become an overnight web sensation. The ad, showing Block take a deep drag on a cigarette while Cain flashes a Cheshire cat grin, has had close to 1 million clicks on Cain’s website since its debut last week. It’s also been aired repeatedly on cable news shows and become the subject of countless parodies. (AP Photo/Herman Cain 2012)