The head of the House Intelligence Committee's Russia investigation admitted yesterday that the committee was never focused on any potential evidence of collusion. 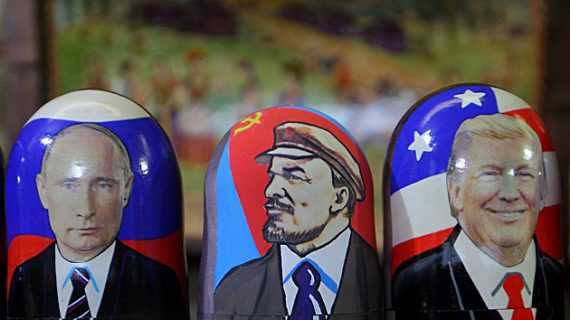 Just over a week ago, Republicans on the House Intelligence Committee ended their committee’s investigation into Russian interference in the 2016 election after a process that, from the outside, never appeared to be all that serious about investigating either the issues surrounding that issue or the allegations of any contacts or collusion between the Trump campaign and Russian officials. In the wake of that announcement, several Republican members of the committee came forward to claim that their investigation had found no evidence of collusion between the Trump campaign and Russian officials, a claim which President Trump boasted about on Twitter:

THE HOUSE INTELLIGENCE COMMITTEE HAS, AFTER A 14 MONTH LONG IN-DEPTH INVESTIGATION, FOUND NO EVIDENCE OF COLLUSION OR COORDINATION BETWEEN THE TRUMP CAMPAIGN AND RUSSIA TO INFLUENCE THE 2016 PRESIDENTIAL ELECTION.

The reality, of course, is that the committee reached no such conclusion and there’s a good reason for that. As one of the top Republicans on the Committee admitted yesterday during an appearance on one of the Sunday morning shows, they simply weren’t investigating collusion at all:

Rep. Mike Conaway (R-Texas) said Sunday the House Intelligence Committee was not tasked with investigating collusion between Russia and the Trump campaign, despite the committee issuing a report last week stating it found no evidence of collusion in the 2016 election.

“Our committee was not charged with answering the collusion idea,” Conaway said on NBC’s “Meet The Press.”

“So we really weren’t focused on that direction.”

Conaway on Sunday acknowledged the committee did not interview former Trump campaign aide George Papadopoulos and other key figures, because he didn’t want to overlap with special counsel Robert Mueller’s criminal investigation.

“We’re trying to stay away from the Mueller investigation and not confuse that or hurt it one way or the other,” he said.

After the Congressman’s appearance, one of his spokespersons attempted to walk back what the Congressman said, but in the process seemed to just raise more question:

“The scope of the House Intelligence Committee’s Russia Investigation covered four parameters, including if Russian active measures included links between Russia and individuals associated with political campaigns, or any other U.S. person,” said Emily Hytha, a spokeswoman for Conaway. “As Mr. Conaway announced on Monday and has stated repeatedly, including on ‘Meet the Press,’ the Committee did not find evidence of collusion. We thoroughly investigated all four bipartisan parameters within our scope, and believe we have the information we need to present the American people with the facts we’ve uncovered.”

What Hytha’s attempt to clarify what her boss said on national television doesn’t say, of course, is what, if anything, the committee actually did to investigate the collusion side of the investigation. As Conway himself admits, the committee did not interview former Trump campaign adviser George Papadopoulos or others associated with the campaign who were known or believed to have had contact with Russian officials nor does it appear to have met with or discussed collusion or contact with Russian officials with anyone else associated with the campaign. Indeed, one could say that the House Committee deliberately and consciously decided not to focus on these elements of the Russia investigation. Instead, it seemed more focused on undermining the investigation of Special Counsel Robert Mueller and bringing to light information that was favorable to the Administration and to the claim that the entire investigation by the Federal Bureau Of Investigation was tainted by bias and politics.

The best example of this, of course, can be seen in the circumstances surrounding the memoranda prepared by the committee’s Republican majority and Democratic minority with respect to the issues surrounding the FISA warrant issued with regard to Trump campaign official Carter Page in October 2016. Early in February, after being authorized by the President to do so notwithstanding the strong opposition of the intelligence community, Republicans on the committee released a memo that purported to summarize that FISA warrant, claiming that the F.B.I. had not presented the FISA Judge with accurate and complete information regarding the basis for the warrant against Page, which included a dossier prepared by a former MI6 agent. After the memo was released, President Trump proclaimed that the memo “totally” vindicated him with respect to the Russia investigation, a claim that the White House repeated in its initial comments after the memo was released. In reality, this was not true at all and it was soon discovered that the memo contains significant misinformation and outright lies. As a result, the memorandum was a complete dud politically, and whatever credibility it had was further destroyed when the Democratic minority’s rebuttal memorandum was released several weeks later. What this incident with the memorandum revealed, though, was the extent to which the Republican majority on the committee was more interested in protecting the Administration than it was in finding the truth about what happened between the Trump campaign and Russia.

On top of all of that, we now learn that the committee wasn’t even looking for evidence of collusion, regardless of what it’s official mandate might have been. After all, it’s hard to find something you’re consciously not looking for.