The Eliot Spitzer saga has reopened the debate as to why prostitution should be illegal.

Reason‘s Kerry Howley has written several posts on the subject arguing that, while anti-prostitution laws are sold under the guise of protecting women, they’re really just a form of “slut shaming” aimed at limiting women’s sexual freedom.

Anti-prostitution laws add a layer of legal sanction to all of our worst intuitions about the treatment of sexually independent women; they strengthen and validate the idea that women who bed men with any frequency are sick, marginal, pariahs. Even decriminalization, which treats Johns as outlaws and sex workers as victims, assumes that all sex workers are damaged, that no woman would ever love sex enough to make a career out of it. And why not? Well, because every woman knows that she is her sexual purity rating. No sane woman would ever choose to mess that up.

Megan McArdle notes that male prostitutes are not free from scorn but figures that,

But if the only prostitutes were men selling themselves to women, no one would want to make it illegal. Supporting yourself that way might bring social opprobrium, like becoming a Morris dancer or eating live chickens–can’t you find something better to do? But we wouldn’t criminalize it in the name of protecting them from violence, criminals, or the untold horrors of multiple anonymous sexual encounters. A bizarre “We must destroy the village in order to save it” mentality permeates the discussions about legalization on both left and right.

Stacy McCain observes that, “The stigma against patronizing prostitutes is very strong among men, since when a guy has to pay for sex, this implies that he can’t attract partners otherwise” and goes on to argue that, to the extent that there’s a double standard, the emphasis should be on “increasing the stigma on male promiscuity” rather than making it more acceptable among women.

Ross Douthat agrees and states the premise upon which anti-prostitution laws are grounded:

Laws against prostitution ultimately depend on the assumption that the state has an interest in preventing serious forms of self-abuse, and that renting out your body to satisfy another person’s sexual needs is a form of self-inflicted violence serious enough to merit legal sanction irrespective of why and how you decided to become a prostitute in the first place.

The whole case for banning trade in sexual services stands or falls on the defense of this claim and the assumption behind it. Even granting the assumption that paternalistic efforts to protect adults from the consequences of their own choices are justified, which I certainly don’t, the claim that prostitution is, by its nature, a kind of self-harm is pretty clearly false.

Again, it bears emphasizing that absolutely every form of labor involves renting out your body. The language of “selling your body” is generally intended to elicit a “wisdom of repugnance” disgust response, but it just doesn’t when you consider that folks like Ross and me get paid for things we do with our bodies — thinking, typing. Surgeons rent out their brains, and steady hands, to meet people’s health needs. Construction workers rent out their arms, legs, backs, brains. Etc. I sell my body for a living. So do you.

While I find the idea that renting one’s brainpower to the Cato Institution or one’s hands to a hospital is tantamount to renting one’s sex to random strangers strained, he’s essentially right on the economics. As I noted some months back during a similar debate,

Certainly, the man who cuts my grass isn’t doing it for self-actualization. The couple who cleans our house every two weeks are exploited for no other reason than my laziness. If those people quit, or stopped performing their jobs to my satisfaction, I’d replace them with others without any significant remorse. They are, in a purely economic sense, commodities.

[I] see no obvious point of demarcation after which exploiting labor on the basis of voluntary exchange becomes too exploitative. People who do manual labor or drudge work are, for all intents and purposes, selling their bodies. For that matter, cops, firefighters, and soldiers put their bodies in mortal danger for a living.

One could argue it happens even at the upper range of the pay scale, such as with professional athletes. In what sense is a professional boxer less exploited than a prostitute? What about lingerie models? Indeed, one could argue that players in professional team sports, who may be traded to other teams and forced to move across the country — or even out of the country — if they wish to continue to work in their industry are much more like serfs than a self-employed prostitute.

Also, as Will points out, the fact that “acting” in pornographic movies is legal while prostitution isn’t points to the absurdity of the law. If anything’s more exploitative and degrading that trading sex for money it’s doing it whilst being filmed so that many others can later watch.

Megan and Kerry have also received the strange retort that, if prostitution is so great, why don’t they change jobs? But that’s just silly. Nobody’s arguing that prostitution is a wonderful job, just that people shouldn’t be thrown in jail for engaging in their best possible career choice (as demonstrated by the fact they haven’t been offered preferable alternatives) unless said activity is harmful to others.

Aside from the circular argument that the existence of prostitutes demonstrates to young girls that prostitution is a viable career, it’s not clear how prostitution per se creates harm to anyone not choosing to take that risk.

The Capitol Is Otherwise Engaged 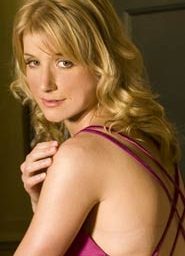