I Guess Dean Chambers Didn’t Learn After All…

Remember back when it seemed that Dean “UnSkewed” Chambers had learned his lesson?

His newest entry into the world of “math you do as a Republican to make yourself feel better”:  a website dedicated to “exposing how they stole the 2012 election.”

It is called “Barack O’Fraudo.”

(At first I thought it had to be a parody, but there is a link to the new site via on Unskewedpolitics.com, so I guess it is legit—although that’s hardly the right word).

And then there’s this column:  We’re riding that ‘Long Black Train’ to economic oblivion, which contains this line:  “The majority sold their souls for welfare benefits, EBT cards, ObamaPhones and other “things” from the government paid for by the taxpayers.”

So, has everyone who voted for Obama gotten their phones and food stamps yet?

FILED UNDER: US Politics, parody, Welfare 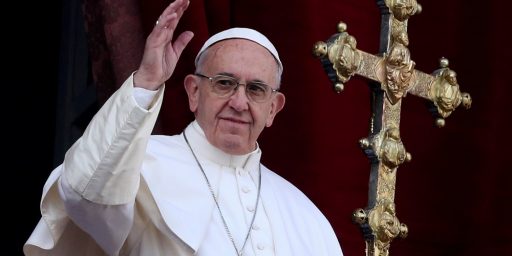