Indian Court To Decide If Guru Is Dead, Or Just Meditating 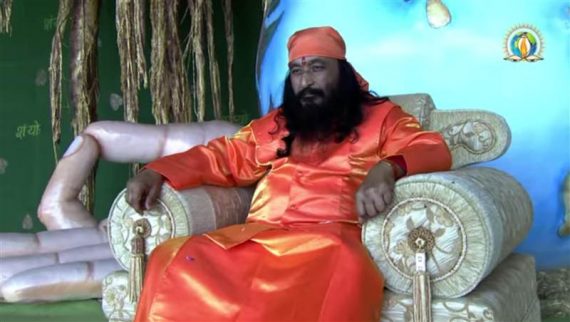 A Court in India will be asked to decide if a popular guru is dead, or just meditating:

The family and followers of one of India’s wealthiest Hindu spiritual leaders are fighting a legal battle over whether he is dead or simply in a deep state of meditation.

His Holiness Shri Ashutosh Maharaj, the founder of the Divya Jyoti Jagrati Sansthan religious order with a property estate worth an estimated £100 million, died in January, according to his wife and son.

However, his disciples at his Ashram have refused to let the family take his body for cremation because they claim he is still alive.

According to his followers, based in the Punjab city of Jalandhar, he simply went into a deep Samadhi or meditation and they have frozen his body to preserve it for when he wakes from it.

His body is currently contained in a commercial freezer at their Ashram.

The late – or living – guru, who was in his seventies, established his sect in 1983 to promote “self-awakening to global peace” and to create a world “wherein every individual becomes an embodiment of truth, fraternity and justice through the eternal science of self-realisation”.

Today the group has thousands of followers around the world and owns dozens of large properties throughout India, the United States, South America, Australia, the Middle East and Europe, including its British headquarters in Hayes, Middlesex.

While he is thought to have died from a heart attack, his devotees believe he has simply drifted into a deeper form of the meditation he promotes as a pathway to self-realisation.

A statement on the group’s website reads: “His Holiness Shri Ashutosh Maharaj ji has been in deep meditative state (Samadhi) since 29th January 2014.”

According to one of his aides, who asked not to be named, “Maharaj has been in deep meditation. He has spent many years meditating in sub-zero temperatures in the Himalayas, there is nothing unusual in it. He will return to life as soon as he feels and we will ensure his body is preserved until then”, he said.

Now his wife and son have filed a court application calling for an investigation into the circumstances of his death and for his body to be released for cremation.

His son Dilip Jha, 40, claims his late father’s followers are refusing to release his body as a means of retaining control of his vast financial empire.

One would think this whole dead or alive thing would be very easy to figure out. Perhaps we could call him Schrodinger’s Corpse.