On the Rachel Maddow show last night, NBC Foreign Correspondent Richard Engel reporterd that the government in Iran has actually banned the chanting of the phrase “Allahu Akbar!”

Today, Iran banned those as well and asked people if they heard their neighbors calling out “Allahu Akbar” at night, which has become this rallying cry to inform on them.

As Roderick Long points out “I guess it’s clear that to Iran’s theocrats, the crat is more important than the theo.”

I agree. And when you couple this with the bans on memorial services and reports that some of the Iranian Mullahs have begun marching against the regime, I would say that Iran’s ruling regime is probably close to losing its religious legitimacy with the majority of people, if it hasn’t lost it already. 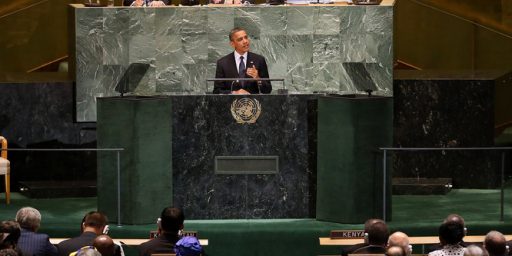