Is American Civilization in Decline?

Inspired by a Wednesday update to a 2004 La Shawn Barber post arguing that American civilization is deteriorating in ways very similar to the way Edward Gibbon described the fall of the Roman Empire, Dean Esmay responds with two posts arguing that the Romans were never all that hot, didn’t decline due to sexual perversion anyway, and that America is mostly getting better. Rusty Shackleford notes, too, that the Romans weren’t even all that great an empire and that America rocks.

I’m with Rusty and Dean on this one. While I share some of LaShawn’s concerns about cultural problems in the country and harbor plenty of nostalgia for certain aspects of the days of yore, we’ve somehow managed to be the richest, strongest, most dynamic society in the history of the planet and show few signs of giving up our lead. And Dean’s right, too, that the causal link between moral decay (mostly related to sexual mores) and civilizational collapse is purely mythological. 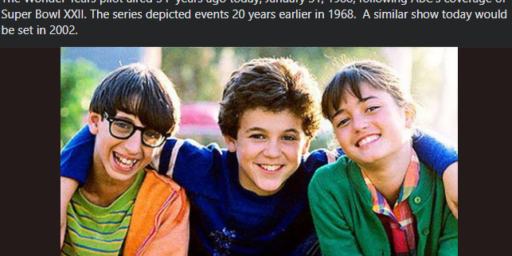