Several recent nominees were flailing at this point in those cycles. 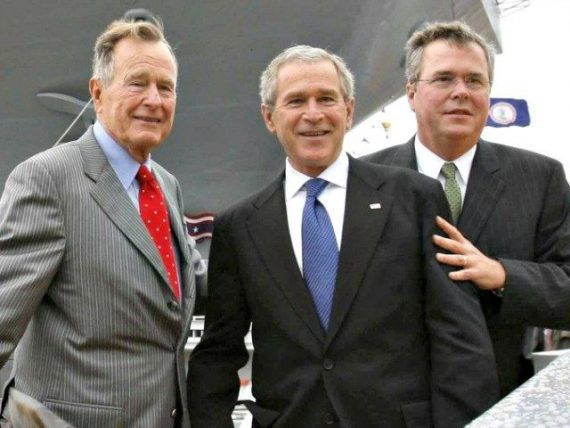 While the horse race aspect of campaigning is fascinating for political junkies and the life blood of media coverage, it’s pretty much a fool’s errand a year out.

In December 2003, Howard Dean was running away with the race for the Democratic nomination while John Kerry was mortgaging one of his wife’s houses to keep his campaign afloat.

At this point in 2007, John McCain’s bid for the nomination had been pronounced dead numerous times.  He’d fired half his campaign staff, was dead broke, and changed management more than once.

At this point in 2011, Herman Cain was leading the race for the Republican nomination. By mid-December, Newt Gingrich had a sizable lead on the field. Once he fell away, Rick Santorum took the lead, winning the Iowa Caucuses and topping the national polls into late February.

With Joe Biden definitely not running and everyone tiring of both Benghazi and the email scandal, it’s next to inconceivable that Hillary Clinton won’t cruise to the Democratic nomination. She’s down to two nominal challengers, Bernie Sanders and Martin O’Malley, and neither has the charisma to unseat her.

At the same time, it’s virtually inconceivable that Donald Trump, much less Ben Carson, will win the Republican nomination when all’s said and done. Neither of the major parties has nominated someone that unconventional in my lifetime (I’m knocking on the door of 50), if ever.

There’s a first time for everything, I guess. It’s possible, I suppose, that a Republican nominating electorate that chose Romney a mere three years ago and has gone with the establishment guy in every contest in living memory except 1964—an unmitigated disaster for the party—has simply gone of the deep end. But it’s much more likely that we’re seeing a catharsis that will be out of the party’s system by time the primaries roll around.

The seeming implosion of Jeb Bush’s campaign is surprising, given both his establishment backing and his skills as a politician. But he’s failed to separate himself from the field of not-Trumps and has made the mistake Hillary Clinton did in 2008 of running a general election campaign before securing the nomination. In particular, he’s spent his considerable early fundraising advantage building a ground game in states who won’t hold primaries for months rather than concentrating on building a firewall in New Hampshire.

Still, he’s more likely to bounce back in the manner of Kerry, McCain, and Romney than to go away like Scott Walker. The establishment will rally against Trump and Bush is the most obvious choice for them to back. John Kasich has managed to excite the public even less and Marco Rubio simply isn’t ready for prime time.