John Kenneth Galbraith, the iconoclastic economist, teacher and diplomat and an unapologetically liberal member of the political and academic establishment that he needled in prolific writings for more than half a century, died yesterday at a hospital in Cambridge, Mass. He was 97.

Mr. Galbraith was one of the most widely read authors in the history of economics; among his 33 books was “The Affluent Society” (1958), one of those rare works that forces a nation to re-examine its values. He wrote fluidly, even on complex topics, and many of his compelling phrases — among them “the affluent society,” “conventional wisdom” and “countervailing power” — became part of the language.

From the 1930’s to the 1990’s, Mr. Galbraith helped define the terms of the national political debate, influencing the direction of the Democratic Party and the thinking of its leaders. He tutored Adlai E. Stevenson, the Democratic nominee for president in 1952 and 1956, on Keynesian economics. He advised President John F. Kennedy (often over lobster stew at the Locke-Ober restaurant in their beloved Boston) and served as his ambassador to India. Though he eventually broke with President Lyndon B. Johnson over the war in Vietnam, he helped conceive Mr. Johnson’s Great Society program and wrote a major presidential address that outlined its purposes. In 1968, pursuing his opposition to the war, he helped Senator Eugene J. McCarthy seek the Democratic nomination for president.

Galbraith led an amazing life and had an influence on the national discussion few scholars of the 20th Century matched. That I disagree with most of his policy prescriptions or that, as noted in the Times obit, many economists criticized him for lack of mathematical rigor, hardly seems important.

Galbraith was in a class with Max Weber, Walter Lippman (a non-academic), Samuel Huntington, Marshall McLuhan, John Rawls, and a handful of others who were wide ranging thinkers who shaped our discourse at least partly as public intellectuals. As important as specialists who do their work using complicated statistical modeling are, they have little direct impact except on the handful of their colleagues and students who can understand that work. We need popularizers who synthesize the work of the specialists, especially across disciplines, and make it understandable by educated non-specialists.

Update: WSJ has an interesting roundup of blogger reactions.

Ambassador: Bush Didn’t Know There Were Two Sects of Islam 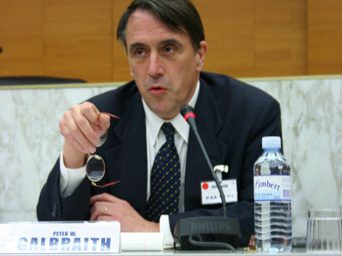 Peter Galbraith Fired for Speaking Out on Afghan Election Fraud 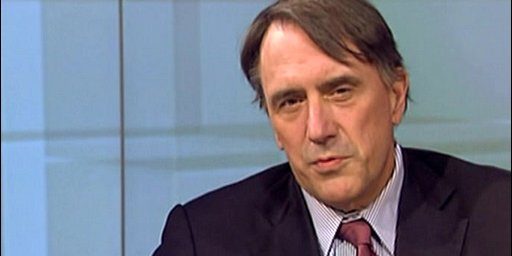