Judge Hearing Twitter Blocking Lawsuit Against Trump Asks: Why Not Muting Instead Of Blocking?

The Judge presiding over the lawsuit brought by a group of Twitter users blocked by President Trump may have sent a hint about how she's inclined to rule during a hearing this week. 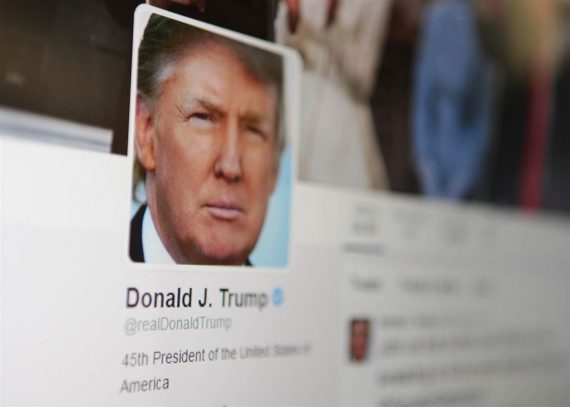 The Judge presiding over the lawsuit brought by individuals who have been blocked on Twitter by President Trump seems to be sending a strong hint about where she might be leaning, and she’s encouraging the parties to consider a resolution of the matter:

A federal judge in Manhattan had plenty of questions for lawyers representing a group of Twitter users who sued President Trump in July after he blocked them on the social media service. And she had even more for the government.

The seven users, who had been blocked by the @realDonaldTrump account after criticizing the president, were joined in the lawsuit by the Knight First Amendment Institute at Columbia University. Their lawyers claimed that Mr. Trump’s Twitter feed is an official government account and that blocking users from following it was a violation of their First Amendment rights.

Lawyers from the Department of Justice insisted that the Twitter feed was not, in fact, a public forum. Furthermore, they argued, no one had been meaningfully excluded from it.

The questions that loomed largest over the proceedings did not concern matters of jurisdiction, free speech, or the possibility of the discrimination against certain viewpoints in violation of the First Amendment. Instead, they concerned the nature of Twitter. How does it work? And what exactly is it, these days?

The hearing was bogged down for a time as the lawyers argued over whether Twitter was more like a town-hall meeting, a convention, a speech or a private venue. The word “metaphysical” was uttered.

As she worked her way through pages of meticulous questions and requests for clarification, Judge Naomi Reice Buchwald of the United States District Court suggested a possible resolution, which involved yet another feature of the platform: Muting.

Michael Baer, a Justice Department lawyer representing Mr. Trump, did not dismiss the muting suggestion outright, but insisted that the president was well within his rights to block whomever he pleased.

After the hearing, Mr. Baer and his team left without taking questions. Katie Fallow, a lawyer for the Knight Institute, said that she was receptive to the possible compromise. She noted that muting would be “much less restrictive” of her clients’ rights.

Nicholas Pappas, a comedy writer and one of the seven plaintiffs, told a gathering of reporters after the hearing that it would be “a great solution,” if he were muted, rather than blocked, by the @realDonaldTrump account. (Mr. Pappas was blocked by that account after tweeting in June: “Trump is right. The government should protect the people. That’s why the courts are protecting us from him.”)

Such a compromise may not be so palatable as it sounds. In order to mute the plaintiffs, the president — or someone with access to his account, such as the White House digital director Dan Scavino (@Scavino45 on Twitter) — would have to unblock them first.

Given the nature of their complaint and their basis for claiming that being blocked on Twitter by the President on what the White House has maintained since virtually the beginning of the Administration is a platform for communicating official White House policy, I’m actually somewhat surprised that the Plaintiffs would be receptive to an idea like this. In addition to arguing that the block prevents them from readingsTrump’s tweets, something that could be accomplished by following one of the several accounts dedicated to reposting all of the tweets that Trump posts on both his @RealDonaldTrump account and his @POTUS account, they have also claimed that the block prevents them from communicating with a government official representing them. A mute would do effectively the same thing as a block in this regard since it would prevent any of their tweets in response to something the President’s post, or any tweet in which they include one of Trump’s Twitter handles. Effectively, it would be the same as a Congressman or Senator who told staff members to throw out any correspondence received from a particular constituent without opening it or to delete any emails they send. In other words, muting only addresses one side of the potential First Amendment issues that the case raises in that allows users to continue to see tweets from Trump, but it does nothing to address the other side of the argument regarding the hinderance that blocking (and muting) presents to their ability to communicate their grievances to an elected official.

Potentially this suggestion by Judge Buchwald, who was appointed to the Court by President Clinton in 1999 and took Senior Judge status in 2012, is an indication of where she may be leaning in the case and a suggestion to the parties of a way to potentially settle the case before she hands down a ruling. It’s hard to determine if that’s the case based on the press reports, though, it’s hard to confirm if that’s the case. In the end, this could just be an example of Judge Buchwald asking a question during oral argument to clarify the differences between muting and blocking on Twitter itself. As things stand, though, I remain as skeptical of the Plaintiff’s arguments as I was when they sent their letter to the President’s representatives in June of last year and when they filed their lawsuit last July. At the same time, it’s worth noting that legal analysts as diverse as Eugene Volokh and  Lawfare’s Robert Loeb have taken the opposite position. On the other hand, Harvard Law Professor Noah Feldman largely dismissed the claims in an article for Bloomberg News. Now, of course, the matter is in Juch Buchwald’s hands, it will be interesting to see how she decides this one if the parties fail to settle.