The erstwhile CalPundit starts his second decade strong as ever.

Today, Kevin Drum starts his 10th year of blogging. Congrats to him on an impressive milestone and best wishes for the next decade. 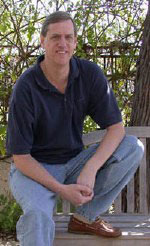 Kevin, who started out blogging under the CalPundit label (in those days, bloggers were legally required to name themselves ___Pundit; the FCC subsequently relaxed the rules), was already a star when I started blogging just a few months later. He was among the first wave of professional bloggers, too, with his blog moving to and becoming the front page of the Washington Monthly before his move to his current home at Mother Jones.

In the early days, blogging was a much smaller community and the best were quickly discovered and appeared on each other’s blogrolls.  Cross-blog conversations were much more common as well. Aggregators like Memeorandum weren’t yet around and bloggers were always looking for other bloggers to read and link. We commented on each other’s writing regularly for years.

Kevin is one of the few long form bloggers from those days who didn’t burn out. Indeed, much more impressive than lasting ten years is that he remains as prolific as ever, continuing to put out several high quality posts on a daily basis. As someone whose own production has dropped off considerably, I’m envious.