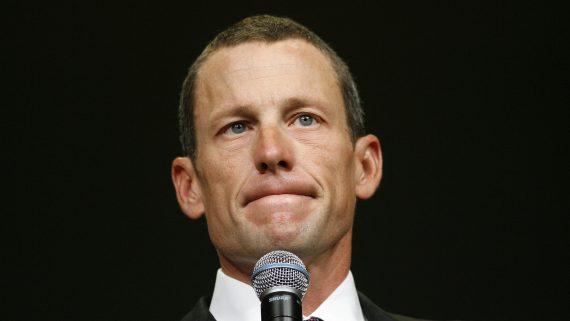 FILE – This Aug. 24, 2009 file photo shows Lance Armstrong during the opening session of the Livestrong Global Cancer Summit in Dublin, Ireland. Armstrong said Wednesday, Oct. 17, 2012, he is stepping down as chairman of his Livestrong cancer-fighting charity so the group can focus on its mission instead of its founder’s problems. The move came a week after the U.S. Anti-Doping Agency released a massive report detailing allegations of widespread doping by Armstrong and his teams when he won the Tour de France seven consecutive times from 1999 to 2005. (AP Photo/Peter Morrison, File)