Last Telegram Ever To Be Sent On July 14th 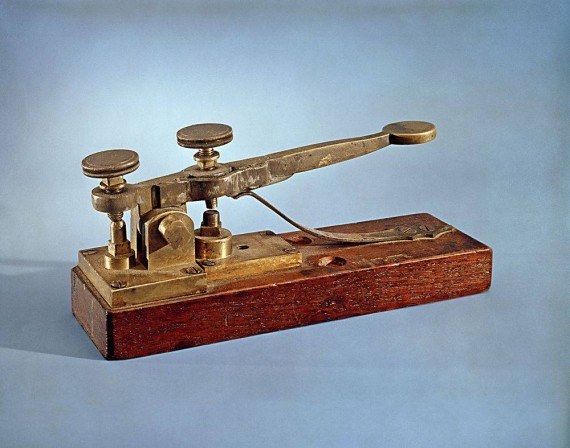 Somewhere in India on July 14th, the last telegram ever will be sent:

At the Bharat Sanchar Nigam Limited (BSNL), India’s state-owned telecom company, a message emerges from a dot matrix printer addressing a soldier’s Army unit in Delhi. “GRANDMOTHER SERIOUS. 15 DAYS LEAVE EXTENSION,” it reads. It’s one of about 5,000 such missives still being sent every day by telegram – a format favored for its “sense of urgency and authenticity,” explains a BSNL official.

But the days of such communication are numbered: The world’s last telegram message will be sent somewhere in India on July 14.

That missive will come 144 years after Samuel Morsesent the first telegram in Washington, and seven years after Western Union shuttered its services in the United States. In India, telegraph services were introduced by William O’Shaughnessy,  a British doctor and inventor who used a different code for the first time in 1850 to send a message.

The BSNL board, after dilly-dallying for two years, decided to shut down the service as it was no longer commercially viable.

“We were incurring losses of over $23 million a year because SMS and smartphones have rendered this service redundant,” Shamim Akhtar, general manager of BSNL’s telegraph services, told the Monitor.

Telegrams went by the wayside in the United States and much of the most of the Western world decades ago, of course, but they continued to be a widely used means of communications up until relatively recently:

Colloquially known as “taar” or wire in India, the telegram has been a part of Indian life, a metaphor for an urgent message, bypassing the delays of the postal system. Responsible for a twist in the plot of many a Bollywood film, telegrams were often the harbinger of the news of the death of a family member. Today, death telegrams, still priced at a fifth of the regular fee, account for less than 1 percent of telegram traffic.

At their peak in 1985, 60 million telegrams were being sent and received a year in India from 45,000 offices. Today, only 75 offices exist, though they are located in each of India’s 671 districts through franchises. And an industry that once employed 12,500 people, today has only 998 workers.

Given India’s size and its still relatively undeveloped communications infrastructure, only 26 million people in a nation of nearly a billion owned mobile phone as of 2012, it’s not surprising that this kind of technology would hold on longer than it did elsewhere in the world. Indeed, as the article goes on to note, the use of traditional Morse-style telegraphs was largely out of style many years ago. Today, the Indian companies that still provided the service were utilizing the Internet to send messages, which in the end seems kind of redundant. Even in India, though, technology that first came into widespread use in the 1830s had to come to an end at some point.