The Trump Administration either doesn't realize the impact the shutdown is having on Federal workers who haven't been paid in a month, or it doesn't care. 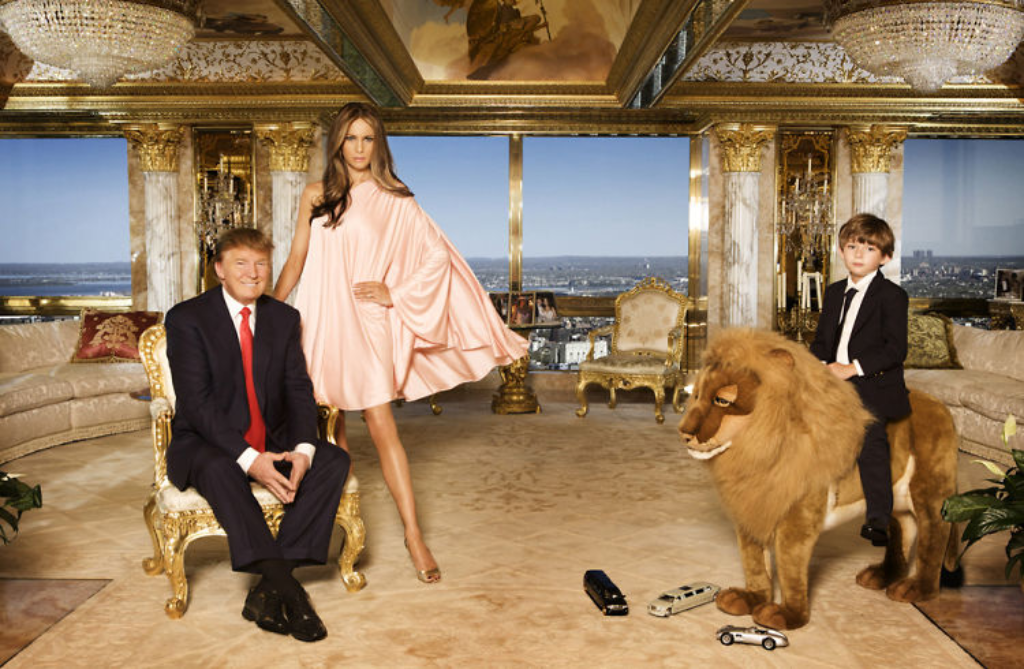 As the shutdown hits its thirty-fifth day, the Trump Administration is demonstrating just how out of touch it really is:

“During the Government Shutdown we’re here to help our members and non-member employees of the Department of Commerce & NOAA and its affiliates, the Executive Office of the President and the White House Management and Administration Offices,” the credit union’s website says.

Emergency loans of up to $5,000 are available for furloughed employees with repayment terms of up to two years, the site says. Two loan officers reached at the credit union’s telephone number confirmed the terms, which include interest rates “as low as 8.99 percent.”

In an interview with CNBC on Thursday, Ross made waves by saying he does not understand why federal workers are visiting food banks during the partial government shutdown. He urged them to seek loans from banks and credit unions to supplement their lost wages.

“I know they are, and I don’t really quite understand why,” Ross said when asked about federal workers going to food banks. Ross is a billionaire and a longtime friend of President Trump’s.

His comment drew criticism from Democrats, including House Speaker Nancy Pelosi (D-Calif.). “Is this the ‘let them eat cake’ kind of attitude?” she said. “Or call your father for money?”

Even Trump weighed in. “Perhaps he should have said it differently,” Trump said when asked about Ross’s comments. “He’s done a great job.”

Ross leads one of the agencies that is directly affected by the shutdown, which began Dec. 22, and more than 20,000 of his employees have not been paid for weeks.

A Commerce Department spokesperson said furloughed workers can access less expensive loans via other financial institutions. Navy Federal Credit Union, for example, offers no-interest 60-day loans of up to $6,000 for federal employees and contractors. U.S. Bank is offering similar terms for customers who are federal employees, charging 0.1 percent interest on amounts up to $6,000 with 12-month terms.

The Commerce credit union is helping employees in other ways. One furloughed customer said the credit union immediately granted him a two-month extension on a mortgage payment when he called to say he’d missed a paycheck and expected to miss a second.

Ross leads one of the agencies that is directly affected by the shutdown, which began Dec. 22, and more than 20,000 of his employees have not been paid for weeks.

A Commerce Department spokesperson said furloughed workers can access less expensive loans via other financial institutions. Navy Federal Credit Union, for example, offers no-interest 60-day loans of up to $6,000 for federal employees and contractors. U.S. Bank is offering similar terms for customers who are federal employees, charging 0.1 percent interest on amounts up to $6,000 with 12-month terms.

The Commerce credit union is helping employees in other ways. One furloughed customer said the credit union immediately granted him a two-month extension on a mortgage payment when he called to say he’d missed a paycheck and expected to miss a second.

Many of those workers are beginning to revolt, calling in sick or saying they cannot afford gasoline.

“It’s kind of disappointing that the air traffic controllers are calling in sick in pretty large number,” Ross said in his television interview.

Ross repeatedly stressed that federal workers should simply take out loans to cover their expenses while the government is shut down. He acknowledged they would probably have to pay some interest, but he said it should help them cover costs.

“The idea that it’s paycheck or zero is not a really valid idea,” he said. “There’s no reason why some institution wouldn’t be willing to lend.”

He described such loans as “totally safe” for the lender. Since Congress has promised to pay employees for their time away from work, the loans effectively carry “a 100 percent government guarantee,” Ross said.

Ross’s comments come just days after Trump’s daughter-in-law Lara, the wife of Eric Trump, essentially told Federal workers that missing a paycheck is for the good of the country:

As the longest government shutdown in U.S. history persists, Lara Trump is urging federal employees to “stay strong,” noting that they are sacrificing “for the future of our country” — a message that drew criticism.

Trump, who is President Trump’s daughter-in-law and campaign adviser, told the digital news network Bold TV earlier this week that the president is fighting for “what he knows is the right thing to do.”

“It’s not fair to you, and we all get that, but this is so much bigger than any one person,” she said. “It is a little bit of pain, but it’s going to be for the future of our country, and their children and their grandchildren and generations after them will thank them for their sacrifice right now. I know it’s hard. I know people have families, they have bills to pay, they have mortgages, they have rents that are due. But the president is trying every single day to come up with a good solution here and, the reality is, it’s been something that’s gone on for too long and been unaddressed — our immigration problem.

“If we do nothing right now, it’s never going to get fixed. This is our one opportunity.”

One effect of this government shutdown, now in its second month and without immediate end in sight, is to reveal the sham of Trump’s purported populism. It’s true, he’s able to connect culturally with some economically precarious parts of America. Despite being expensively educated, his worldview is basically that of Archie Bunker. He eats fast food, likes pro wrestling and has the terrible taste in interior design common to arriviste dictators. His vulgarity creates a kinship with people who purport to hate elites.

Yet in purely financial terms, Trump is as elitist as they come. Though he campaigned as a candidate of (white) workers, he has governed as a shameless oligarch. He has proudly surrounded himself with millionaires and billionaires, seeing their wealth as evidence of their worth. At a rally in 2017, speaking of his economic advisers, he said, “But in those particular positions, I just don’t want a poor person.” He has gone out of his way not to hire anyone who would actually understand the plight of the workers he’s holding hostage.

Contrary to Ross’s assumptions, it’s not easy for working people without significant collateral to walk into a bank and get a personal loan. “I don’t think a bank is going to lend to them, or it would be very difficult,” Mark Zandi, chief economist of Moody’s Analytics, told me. “To think that credit is the way out for these government workers is at best a real stretch.”

Some workers are members of credit unions, some of which are offering low-interest loans. Those who own homes might be able to borrow against them. Others, however, will be forced to rely on credit cards, which can charge double-digit interest rates. And then, worst of all, some will resort to payday loans, which can trap people in an asphyxiating cycle of debt.

Ordinarily, one might expect a presidential administration’s leading economic figures to understand something of these financial realities. But if they cared about people who aren’t rich, they wouldn’t be working for Trump in the first place. The shocking thing isn’t their indifference to the misery they’re causing. It’s that they can barely be bothered to hide it.

Lara Trump’s remarks received widespread criticism, for which she blamed the media, that is, of course, appropriate given that her words, like those of Ross, demonstrate a detachment from reality that can only be attributed to disdain and a lack of empathy along with a singular focus on a political goal, a minuscule amount of funding for a border wall that will most likely never be built. The other fact of note is that the statements that Ross and Lara Trump made aren’t that much different from what the President has done. When he was asked about the ordeals faced by Federal workers several days ago, where he said that he was “sure” that creditors such as landlords, lenders, and even grocery stores would be willing to “work with” furloughed Federal workers faced with financial difficulties, brushing aside questions about whether the fate of Federal workers going without pay would prompt him to take further action.

Let’s just say that Marie Antoinette would be proud.