OTB’s stint live-blogging the Scooter Libby trial has ended. The reins have been passed to Wizbang‘s Kevin Aylward and Rory O’Connor of Media is a Plural. You can follow their coverage and all the other MBA bloggers here.

It was a worthwhile experience but confirmed my suspicions that a reporter’s job is often quite tedious. Sitting there after after hour, day after day, hoping that someone says something interesting would get old, fast.

People like Matt Apuzzo and Mike Sniffen of the AP and Amy Goldstein and Carol Leonnig at WaPo manage to do a pretty faithful job of transcribing events while simultaneously cranking out several pieces a day. The bloggers covering the trial were doing much the same but at least had the luxury of being able to give our opinions as things transpired.

At the same time, the rush to find “news” when there is little to be had sometimes leads reporters astray, as MSNBC’s David Schuster demonstrated with his “scoop” on destroyed evidence. More frequently, sloppy writing or editing puts events out of sequence and gives false impressions.

From time to time, when the opportunity presents itself, I’ll likely cover other events that interest me again. On a daily basis, though, I prefer analysis and opinion journalism to straight reporting. 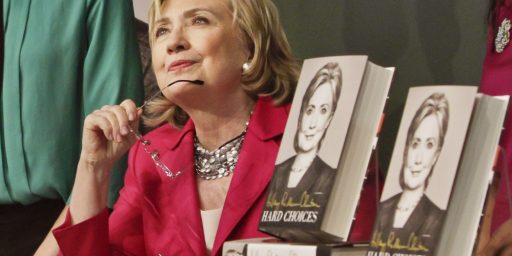