The Associated Press has a frightening update on the Los Alamos National Laboratory investigations:

A Los Alamos lab whistleblower scheduled to testify before Congress about alleged financial irregularities was badly beaten outside a bar — an attack his wife and lawyer believe was designed to silence him.

Police said that they were investigating the circumstances of the incident which, according to his wife, left Tommy Hook hospitalized Monday with a broken jaw and other injuries.

“We are working jointly with the FBI, trying to determine what may have happened and what the assault may have stemmed from,” Johnson said.

Hook’s wife, Susan, alleged the assailants told her husband during the attack: “If you know what’s good for you, you’ll keep your mouth shut.”

Tommy Hook and another whistleblower sued the University of California in March, alleging that after they uncovered management failures, university and lab managers tried to make their jobs miserable so they would quit.

Hook, a former internal auditor who now works at another job at the lab, had been scheduled to testify before the House Energy and Commerce Committee later this month.

Noah Shachtman, who’s been closely following this story, has information from a conference call with Hook’s wife and attorney:

Last Friday, Los Alamos auditor-turned-whistleblower Tommy Hook got a phone call at his Albuquerque home. It was late — past ten-thirty at night, and Tommy was getting ready to go to bed. He had had shoulder surgery recently, and a stroke about a year-and-a-half before that. So he needed his rest.

But Tommy got up, anyway. The man on the other end of the call said he was an auditor, too, at Los Alamos. And he had information that could corroborate Tommy’s upcoming testimony before the House Energy Committee on financial shenanigans at Los Alamos. The two were supposed to meet earlier that day, but the auditor couldn’t make the appointment. Could Tommy meet him now, he asked?

Tommy made the fifty-minute drive to Santa Fe, to a nudie bar called Cheeks. And there he waited, for over an hour. The auditor never showed. So finally, frustrated, Tommy walked out, got into his car, and started it up.

Suddenly, he was yanked out of the car by four to six men. And “they began to beat him with their feet,” Tommy’s wife, Susan, said. Afterwards, “there were shoe marks on his face.” His jaw was fractured. At the hospital, doctors wired it shut — and diagnosed him with a herniated disk, too.

The men “didn’t take his wallet or our car,” Susan added. But they “kept telling him,” according to Tommy’s lawyer, Bob Rothstein, “‘If you know what’s good for you, you’ll keep your mouth shut.”

[B]y battling whistleblowers in court, by retaliating against them on the job, and by stretching their cases out for years on end, UC “encouraged an atmosphere where whistleblowers were perceived as enemies of the University,” Rothstein said.

Hopefully, authorities can get to the bottom of this issue. It’s a fishy situation that’s only getting worse. 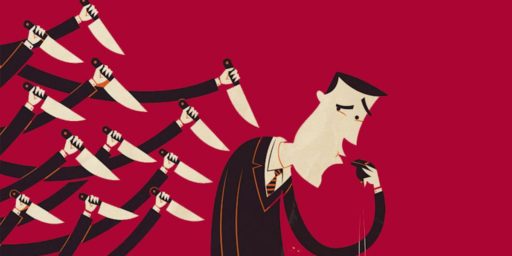 Whistleblowers vs Leakers vs Spies