First, a majority of Americans don’t believe the Iraq War was worth the cost: 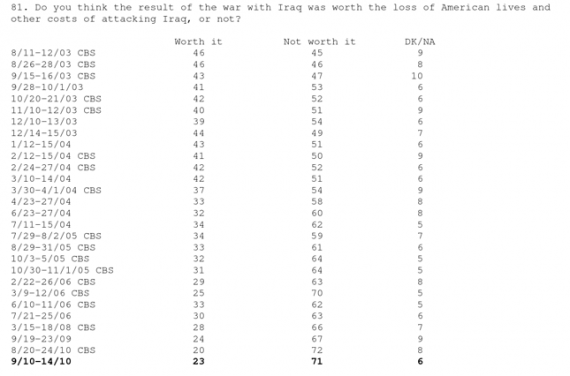 Second,  55% of the public thinks the Afghan War is going badly: 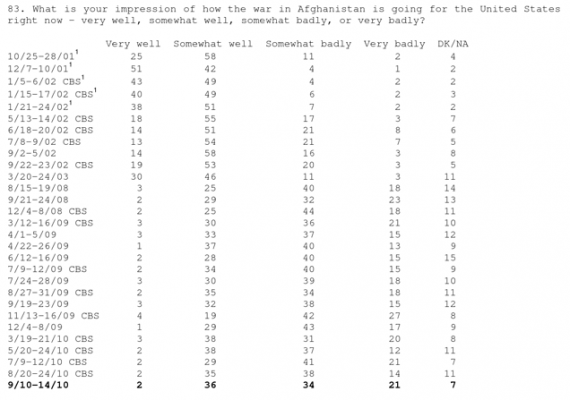 And, 54% thinks we need to begin the process of getting out:

Question for the comments — how much longer can the Obama Administration credibly continue pursuing this war in the face of public opposition ?