On a night where high-profile establishment candidates in Alaska and Florida, John McCain cruised to victory over challenger J.D. Hayworth, 56.4% to 31.8% (source).

Meanwhile, Governor Jan Brewer crushed all comers in a 4-way race, winning 81.8% of the vote.

Also in AZ, son of Vice President Dan Quayle, Ben Quayle, leads a crowded field of 10 candidates seeking to be the Republican nominee for the open seat in District 3 with 22.7%. 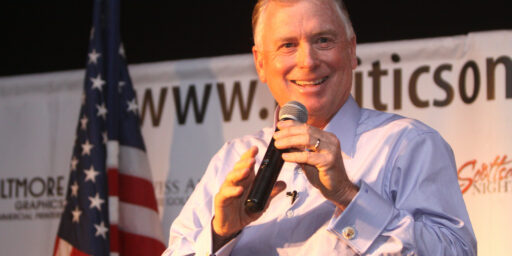