Do we care about lithium reserves in Afghanistan?

Last week a New York Times report, commented on here at OTB, that significant reserves of lithium had been discovered in Afghanistan, got quite a bit of attention. Many (including me) wondered about the timing of the report.

What didn’t get enough attention IMO is whether lithium reserves in Afghanistan are particularly interesting to us. Let me give you a few reasons they may not be.

According to the U. S. Geological Survey (pdf), the top five lithium-possessing countries in declining order of reserve base are:

Argentina’s reserves and reserve base are estimated. The U. S. is rather coy about its lithium reserves, presumably both for proprietary and security reasons. Our reserve base is estimated to be around 410,000 tonnes and, based on our consumption, we should be able to maintain lithium independence for many years into the future if we cared to.

The discoveries in Afghanistan would place Afghanistan’s reserve base right up there with Bolivia.

If we were going to select an impoverished, landlocked country as a major supplier of lithium, would we be more likely to select Afghanistan or Bolivia? Bolivia is about 4,000 miles away; Afghanistan is about 7,000 miles distant. The dominant language in Bolivia is Spanish. We have millions of Spanish speakers in the United States. The dominant language in Afghanistan is Dari, a dialect of Iranian (Pashtun is another dialect of Iranian). Industry might be able to ferret out a few Dari speakers in the United States or, possibly, hire them away from the military.

Bolivia although landlocked is connected by rail with all of its neighbors, albeit with some complications caused by differences in gauge. Afghanistan does not have meaningful rail connections with any of its neighbors.

Fewer than half of Afghan men are literate. The literacy rate among Afghan women is lower, almost half that. More than 85% of Bolivians are literate.

Afghanistan may well have untold mineral riches. They are likely to stay there for the foreseeable future. The level of capital investment that would be required to mine it, transport it, and secure it would be vast. There is no international spot price for lithium but the cost of lithium (lithium carbonate) per tonne is around $6,000-$7,000. A tonne of lithium is a lot of lithium. Why bother? 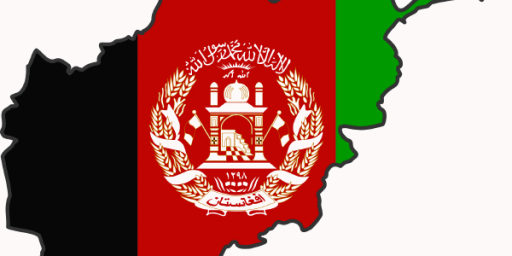