Megaprojects are not a partisan thing. Megaprojects are large projects typically costing more than $1 billion and often tens of billions of dollars and impacting the lives of tens of thousands of people if not millions.

In my post about Trumps Great Wall­™ I pointed out that it would be considered a megaproject. Commenter bill left the following comment regarding megaprojects.

as for the “mega=project” slam, sure- that happens mainly in the uber-corrupt dem states, not where the wall is going. heck, we could you mexicans on work visa’s to keep the corruption at a minimum…..

A megaproject is defined as,

“Megaprojects are temporary endeavors (i.e. projects) characterized by: large investment commitment, vast complexity (especially in organizational terms), and long-lasting impact on the economy, the environment, and society”…Megaprojects can also be defined as “initiatives that are physical, very expensive, and public”.

They usually come with a very large price tag, typically a $1 billion or more and usually have an impact on a vary large number of people. Megaprojects make up about 8% of global GDP according to Bent Flyvberg.

It is a mistake to try and fob this off on simple partisan differences. Megaprojects are projects that come from all political views. The Three Gorges Dam is a megaproject. Boston’s Big Dig is another example of a megaproject. The U.S. national highway system is yet another megaproject. The Sydney Opera House is a megaproject. That project went so badly the architect left well before it was completed and his name has only recently been associated with it people were so angry and bitter about that particular project.

Policy makers across the political spectrum are attracted to megaprojects for four reason,

See here for more on the four sublimes.

These things are not particular to Democrats or Republicans, conservatives or progressives, etc. Even people of a libertarian view might be less susceptible to the political and economic sublimes, but I could see them easily falling for the technological and aesthethic sublimes. One might even add national/nationalist sublime which could account for the Olympics which are now considered a megaproject.

Further, megaprojects have a failure rate of 90% in each of the three categories: coming it at or below cost, coming in on time, providing the specified benefits. A simple calculation suggests that a megaproject would fail to deliver on all three 73% of the time. Thus, megaprojects incredibly wasteful.

Sound familiar? That is the usual list of reasons why the public should support a megaproject. That list is something either a Democrat, Republican or even a Socialist could give for a megaproject. But as Bent Flyvberg points out, there is a big “if” in there. That list may be true if the megaproject is done right. But as history shows megaprojects are generally failures. Very expensive failures just using basic accounting. If we were to include opportunity costs it would be vastly more.

When somebody proposes a megaproject you should automatically be suspect. Set aside partisan Bravo Sierra and look at the facts. The facts are these things are incredibly wasteful unless managed correctly and more often than not…they are managed incorrectly. 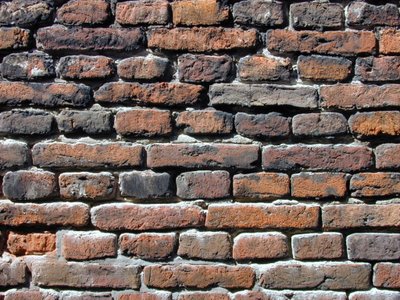 The Great Wall of America