The Great Wall of America

The Great Wall of Trump™ is almost surely going to be a disaster, the question remains how big of a disaster will it be.

So Trump is still pushing his idea of a wall between Mexico and the U.S. The wall is a horrible idea even just as an idea, but as an actual project it will most likely be even more of a horrible thing. Bent Flyvberg has studied what he calls Megaprojects and has some really bad news for Trump and those who think his Wall™ is a good idea.

Not only that, but it will be a point of contention between Mexico and the United States…one of our largest trading partners. If the U.S. starts or becomes in embroiled in a trade war with Mexico it will be nothing but bad for both sides. Trump’s notion that a trade deficit is bad for a country is completely ridiculous. As I noted in the past, I have had a trade deficit with Trader Joe’s and will almost surely have a trade deficit with them for the indefinite future. But this does not make me worse off. In fact, it makes me better off. I am able to specialize in those areas I am good at and earn more money, and then give it to Trader Joe’s who are good at what they do and I get to have stuff I could not hope to produce myself. It is a win-win arrangement. I am better off, and Trader Joe’s is better off.

This is true between individuals, individuals and firms, firms and firms trading and also states trading between each other. If there is trade between California and Arizona and California has a trade surplus is Arizona somehow made worse off? Of course not. The same is true with Mexico. How are we worse off if, for example, the U.S. buys oil from Mexico? We have oil, and Mexico has more more money to spend either on goods produced by the U.S. or other countries or even domestically. The people in the U.S. who bought the oil clearly valued the oil more than holding onto the money. Those same people always had the option of not making such a purchase. So again, where is the down side?

Further, a trade deficit with our trading partners means we have a capital account surplus. That is, they are investing in our country. If Mexico invests in the United States how is that bad? Such investments will employ people inside the U.S. Such investments will indicate that the U.S. is a good place to do business.

So Trump’s Wall™ is just another sign that Trump is stuck on stupid. 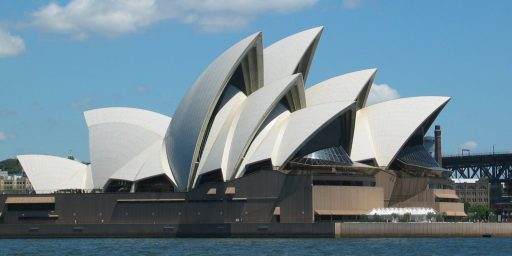