Most Popular Baby Names By State

I’ve seen this graphic making its way around the Interwebs this weekend and thought I’d throw it up. I can’t say how accurate it is, but, if it’s true, then it would appear to indicate three  things. First, for boys, there’s a lot more regional variation in name choice than there is for girls. Second, for girls, there seems to be a fight to the death going on between Emma and Sophia.  Third, for both boys and girls Florida seems to be an outlier. (Click to enlarge) 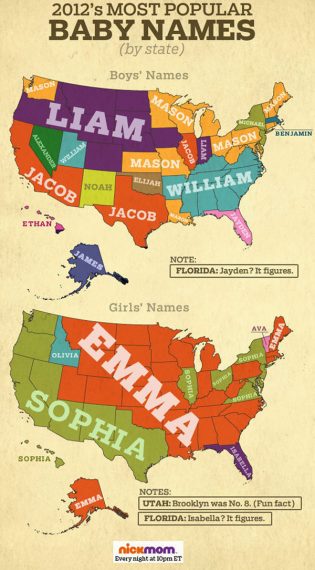