Tumblr called "Pictures of Muslims Wearing Things" shows that there's no such thing as "Muslim garb."

Charli Carpenter points me to a new Tumblr called “Pictures of Muslims Wearing Things” and devoted to making a not-so-subtle point:

Former NPR analyst Juan Williams, among other ignorant people, has an irrational fear of Muslims, and thinks you can identify them based on what they look like. Here I will post pictures of Muslims wearing all sorts of things in an attempt to refute that there is such a thing as “Muslim garb” or a Muslim look.

The most recent photo as of this writing: 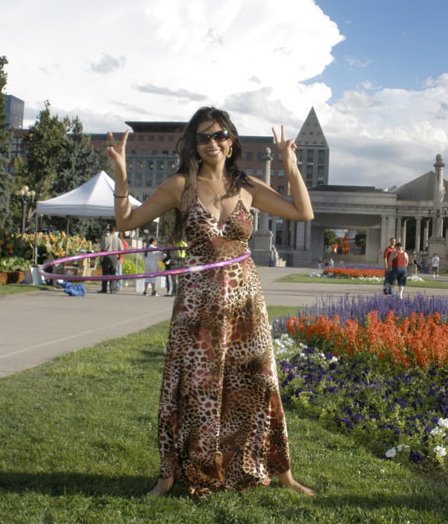 The subject is Melody Moezzi, an accomplished American-born-and-raised “writer, speaker, activist, columnist, author and attorney” of Persian descent.  To the extent that she’s a threat to Juan Williams, it’s not because of her propensity to commit acts of terrorism.

Then again, Williams might reasonably counter, he wouldn’t think twice about boarding an aircraft with any of the people pictured in this photo collection.   He’s worried about people dressed in traditional Islamic garb, which he takes as a sign of people unassimilated into modern society.

Now, the counter to that is:  None of the 9/11 hijackers were wearing “Muslim garb.”