Massachusetts becomes the latest state to join in the National Popular Vote initiative. 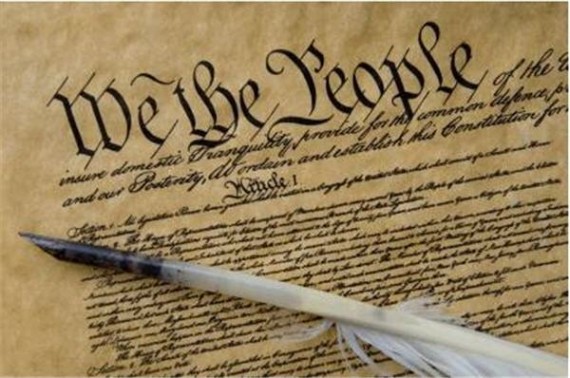 The Massachusetts Legislature has approved a new law intended to bypass the Electoral College system and ensure that the winner of the presidential election is determined by the national popular vote.

The initiative has a web site, which describes the process as follows:

Under the U.S. Constitution, the states have exclusive and plenary (complete) power to allocate their electoral votes, and may change their state laws concerning the awarding of their electoral votes at any time. Under the National Popular Vote bill, all of the state’s electoral votes would be awarded to the presidential candidate who receives the most popular votes in all 50 states and the District of Columbia. The bill would take effect only when enacted, in identical form, by states possessing a majority of the electoral votes—that is, enough electoral votes to elect a President (270 of 538).

It is an attempt to shift the election of the president to being based on the national popular vote, but still within the framework of the electoral college.

Massachusetts is the latest state to pass such a bill.

Two observations from the BoGlo piece that are vested in accuracy and not advocacy (one way or another) regarding the bill.

Senate minority leader Richard Tisei said the state was meddling with a system that was “tried and true” since the founding of the country.

This is not an accurate statement (although it is a sentiment shared by many, I suspect).  The fact of the matter is that the electoral college never functioned as intended and, further, it has not functioned in the same form over the years.

The founders basically thought that the electoral college would function as a nominating body, with the House ultimately deciding contests on a regular basis (a process outlined in Article II, Section 1).  The belief was that after Washington there would be no candidate with a sufficient national following to win a majority of electoral votes, but that instead that multiple regional candidates would split the vote, leading to the need for the House to select from the top three electoral vote-getters.

However, this isn’t what happened.  Indeed, the fact that the system failed to work properly in the election of the third president (Jefferson) led to one of the early amendments of the constitution (the XIIth).  Further, the system was originally one in which the electors were not chosen by popular vote—that was an evolutionary step that didn’t take hold until well into the 19th century).  As such, the notion that the system has functioned in exactly the same form since the founding is incorrect.

Tisei also criticized the proponents for not following the normal procedures to seek a constitutional amendment.

“The thing about this that bothers me the most is it’s so sneaky. This is the way that liberals do things a lot of times, very sneaky,” he said. “This is sort of an end run around the Constitution.”

This a blatantly incorrect statement.  Regardless of one’s position on the initiative, the process being pursued is wholly constitutional.  Again, Article II, Section 1 of the US Constitution clearly grants the power to appoint electors to the state legislatures:

Each State shall appoint, in such Manner as the Legislature thereof may direct, a Number of Electors, equal to the whole Number of Senators and Representatives to which the State may be entitled in the Congress…

Indeed, there is no requirement whatsoever to even have a popular vote in terms of the text of the Constitution.  As such, if the legislature of Massachusetts wishes to grant its electoral votes to the candidate winning the popular vote, then it is their constitutional right.  Mr. Tiseli ought to note that this is likely the only way a Republican is going to win those electoral votes in the foreseeable future.  As such, I am not even sure what his exact objection is, at least in terms of “sneaky” liberals and their nefarious plots.

As an aside, it would be nice if people who appeal to the Constitution would actually know what the document says.

I have noted before that I would prefer a shift to a popular vote for president (preferably with a run-off or instant run-off), so I will confess some sympathy to this initiative, as a constitutional amendment is unlikely.  Still, it strikes me as an imperfect solution.