It's time for another White House Correspondent's Dinner, and it's going to be just as atrocious as the last one. But, the dinner isn't the real problem. 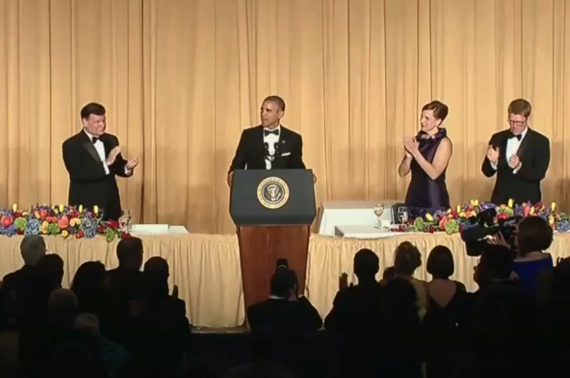 Patrick Gavin, a former Politico reporter who is now the director of  the documentary Nerd Prom: Inside Washington’s Wildest Week, is the latest person to acknowledge something that one thinks would be blindingly obvious to anyone outside Washington, D.C., namely the fact that the annual White House Correspondents Dinner has become an absurd travesty:

Everyone knows the White House Correspondents Association dinner is broken. What started off decades ago as a stately formal celebration of the best of presidential reporting has morphed into a four-day orgy of everything people outside the Beltway hate about life inside the Beltway—now it’s not just one night of clubby backslapping, carousing and drinking between the press and the powerful, it’s four full days of signature cocktails and inside jokes that just underscore how out of step the Washington elite is with the rest of the country. It’s not us (journalists) versus them (government officials); it’s us (Washington) versus them (the rest of America).

Something has to change.

I’ve watched the whole rise of the weekend over the last decade, as it sprawled increasingly out of control and increasingly out of touch—first as a blogger at FishbowlDC and a reporter at the Washington Examiner, then later as a reporter here at politico. Last year I left my job at politico to work on a documentary about White House Correspondents’ Week in Washington, D.C., the year’s most momentous week in arguably the world’s most powerful city. I thought I knew what I’d find, but even I was surprised—much of what I discovered wasn’t pretty. The week acts as a tacky and vainglorious self-celebration at a time when most Americans don’t think Washingtonians have much to be commended for.

Gavin goes on to put forward a few recommendations for changes that would make the occasion “better,” some of which, such as the idea that maybe the President doesn’t need to attend this thing every year, sound like a pretty good idea. Even if those changes are adopted, though, they aren’t likely to address what is really wrong with the so-called “Nerd Prom,” because what’s really wrong with it is symptomatic of what is wrong with the entire political media culture. That culture was captured quite well by New York Times reporter Mark Leibovich, the author of This Town, a book released last year that was essentially a scathing attack on pretty much everything about the political world inside the beltway. As Leibovich put it, the dinner is “a level of self-congratulation and self-celebration and so forth that can be very, you know, somewhat at odds with the mood of the country and how people view the media.” Leibovich lays much of the blame on the extent to which journalists have become celebrities in the decades since All The President’s Men. While that is certainly part of the issue, I don’t think it’s the sole cause for what D.C. has become in recent decades. One important factor, of course, has been the extent to which Hollywood and Washington, with some help from New York City of course, have developed what can only be called a bizarre incestuous relationship wherein people in both communities seek to cozy up to “famous” people solely for the purpose of being seen with famous people. That relationship existed in the past, of course, most prominently during the Kennedy and Reagan Administrations, but it really didn’t start becoming a big thing until the Clinton Administration, and it was during that period that the custom of media companies inviting famous or, in many cases, famous for a moment, people to the Correspondents Dinner. This practice has gotten so out of hand in recent years that various media companies seek to one-up each other with celebrity invitations, and news networks such as CNN and MSNBC feature “red carpet” coverage that starts two hours before the dinner as if this were the Academy Awards. It is self-absorption that borders on the pretentious and the annoying, and it has now become such a big thing that it is impossible to watch cable news or log on to Twitter on the day of the dinner without seeing virtually non-stop coverage of what, when you get right down to it, is nothing more than a trade association dinner. 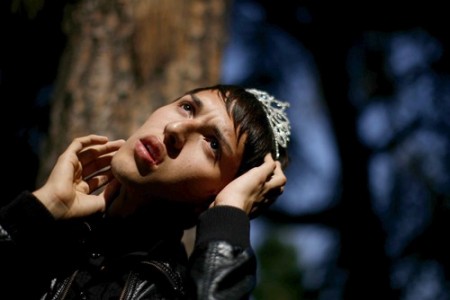