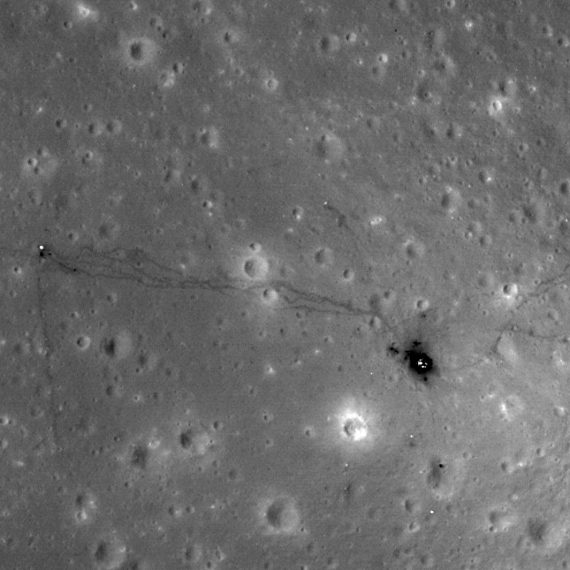 New photos from NASA’s Lunar Reconnaissance Orbiter have given us the sharpest images yet of the physical remnants of man’s missions to the moon:

A spacecraft circling the moon has snapped the sharpest photos ever of the tracks and trash left behind by Apollo astronauts in their visits from 1969 to 1972.

Images taken by NASA’s Lunar Reconnaissance Orbiter from 13 to 15 miles up show the astronauts’ paths when they walked on the moon, as well as ruts left by a moon buggy. Experts could even identify the backpacks astronauts pitched out of their lunar landers before they returned to Earth.

However, the photos were not close enough to see individual bootprints, Robinson said.

The pictures were taken two weeks ago and show the landing sites for Apollo 12, 14 and 17. The closest images are of the 1972 Apollo 17 site, the last moon mission.

The full collection of images can be found here.