Nomination Fight for the Libertarians?

Via WaPo:  Libertarian Party faces a nomination fight in a #NeverTrump world

Gary Johnson, the former governor of New Mexico and 2012 Libertarian Party nominee for president, may have found his moment. The Democratic and Republican parties are set to nominate deeply unpopular candidates. His Libertarian Party has seen enrollment surge all year, with more than one Republican pundit bolting the GOP to protest Donald Trump.

One small problem: Johnson is not the Libertarian Party’s nominee for 2016. Not yet. When the party meets at the end of the month, in Orlando,its hundreds of delegates will not be bound to any candidate. And Johnson has been under assault, for months, by two rivals who say he would blow the election.

As the Libertarian Party faces perhaps the biggest opening of its 40-year history, it’s hosting a contest between the amiable left-libertarian Johnson, the youthful party activist Austin Petersen, and the larger-than-life anti-virus pioneer John McAfee. Johnson’s 2012 performance — a record 1.3 million votes for the party — has been dismissed by challengers who think he’s too compromised or easygoing to seize the moment.

This is interesting for a variety of reasons (and I would encourage the reading of the whole piece).

First, this will be different that the major party nomination processes, as the nomination is the domain of the Libertarian;s convention alone. This is nothing new, of course, but it will get more attention than usual.

Second, while I doubt that LP can break into double-digits (even if current polling shows them at 11%), this is the year where they will have their best chance perhaps ever to be part of the discussion.

Third, but if they nominate McAfee, given his background, then the party will confirm that it is nothing but a group of dorm room utopians. 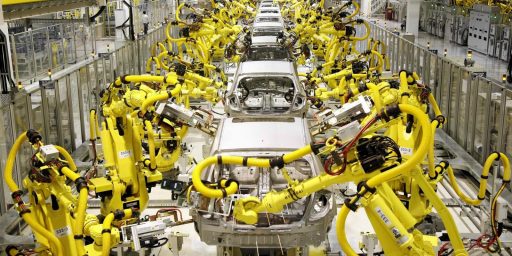