Obama and Too Much Money

President Obama’s unscripted line, “I do think at a certain point you’ve made enough money” continues to draw scorn and derision.

We’re not, we’re not trying to push financial reform because we begrudge success that’s fairly earned. I mean, I do think at a certain point you’ve made enough money. But, you know, part of the American way is, you know, you can just keep on making it if you’re providing a good product or providing good service. We don’t want people to stop, ah, fulfilling the core responsibilities of the financial system to help grow our economy.

The line that’s drawing all the attention is unscripted; it wasn’t in his prepared remarks.

Radio host Mark Levin, heard in the video, believes it vindicates his opinion that Obama is a Marxist.

Hot Air‘s Ed Morrissey stops short of that but offers:

He should have stuck with the TelePrompter. The President doesn’t get to decide when people have “made enough money.” In fact, as the radio host notes, that’s a statist point of view. Furthermore, the responsibility of an entrepreneur isn’t to “grow our economy,” core or otherwise. It’s to grow his own economy. In a properly regulated capitalist system, the natural tension of self-interests create economic growth through innovation and efficient use of capital and resources.

Put simply, a free people work for themselves, not for the government. Barack Obama seems to have a problem understanding that.

Ed’s right that Obama should have stayed on script.  He’s rather clearly not announcing a policy preference but merely expressing a personal opinion. And it’s not a particularly troubling opinion — if not one I share.  Some would argue that Jesus Christ himself expressed similar views. But presidents should be really careful in doing that, in that their perceived wishes are often taken as commands.

Via Glenn Reynolds, I see that J.P. Freire weighs in with a nice gotcha:

Obama made almost $5.5 million last year, most of which came from book royalties according to his tax return.This comes on top of the other millions of dollars Obama received in previous years.

Ha! Of course, Obama doesn’t specify what “some point” or “too much” mean to him.  Like most of us, he likely perceives “the rich” and “the greedy” as those echelons above him on the income spectrum.   He probably thinks of himself as “comfortable” and only people with double digit million incomes — or maybe those with a billion in total wealth — as having “too much money.” 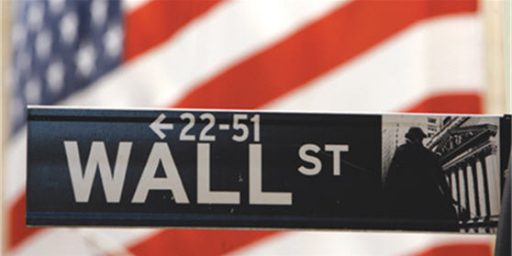