The usual suspects flew into outrage mode on social media and in the blogosphere earlier today when video emerged of President Obama saluting a Marine while holding what appears to be a Starbucks cup in his hand:

Some are calling it the “latte salute.”

When President Obama stepped off Marine One at the Wall Street landing zone in New York City, en route the United Nations, he saluted two Marines at the bottom of the stairs as he held a coffee cup in the same hand.

The unusual gesture appeared in an Instagram video posted by the White House on social media.  Obama is also wearing sunglasses as he arrived, with the first lady not far behind.

The video drew ridicule from some Instagram users, who saw the unorthodox salute as “un-presidential.”

“Hopefully it was just a slip by this President,” one user posted.

Others saw unnecessary nitpicking in the criticism.

“People are dying from disease, abuse or even hunger,” another user commented on the video. “Priorities.”

The reaction from the usual suspects is about what you’d expect it to be, and not really worth going into in detail. Nonetheless, it all seems to ignore the fact that it’s arguably not appropriate, and certainly not required, for a President to return salutes, given the fact that he is a civilian. Indeed, prior to President Reagan it doesn’t appear that any previous President ever followed this practice, most specifically including President Eisenhower, the last General to serve in the White House. Since Reagan, it has taken on the role of a custom, which I suppose is okay but the fact that a President might get the salute wrong every now and then is hardly reason to be outraged. After all, I don’t recall anyone getting outraged when this happened: 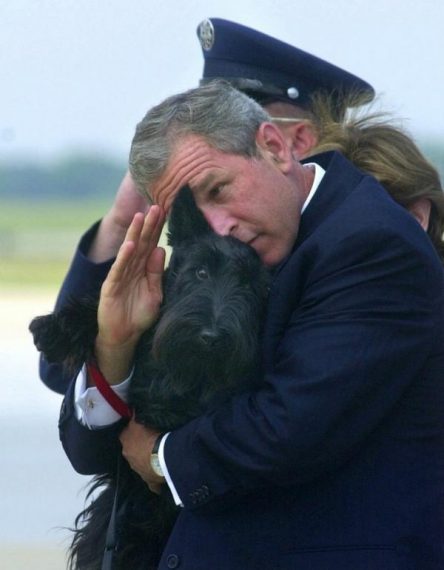