As many American soldiers have died in Afghanistan under Obama as under Bush. 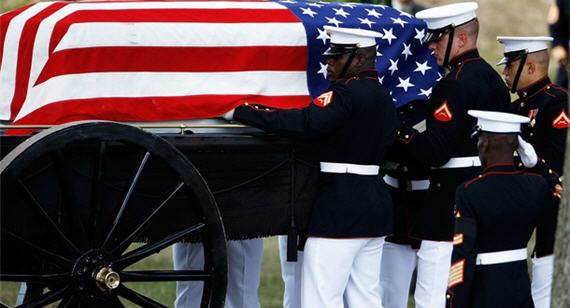 Steve Hynd has been trend spotting this for a while and now, Robert Naiman reports, it’s happened: As many American soldiers have died in Afghanistan under Obama as under Bush.

575. That’s how many U.S. soldiers have lost their lives in the Afghanistan war since Barack Obama became President at noon on January 20, 2009, according to the icasualties.org website, which tracks U.S. soldiers’ deaths using reports received from the Department of Defense — and which is widely cited in the media as a source of information on U.S. deaths.

According to the same website, 575 is also the number of U.S. soldiers who lost their lives in the Afghanistan war during the Presidency of George W. Bush.

Obama has doubled down on the war in Afghanistan since taking office and, especially, over the last six months or so.

The trend lines have been going up and Bush may have made the same call had he somehow gotten a third term.   But 2009 more than doubled the previous record high for the war — 2008 — and we look to be on a pace to more than match that in 2010: 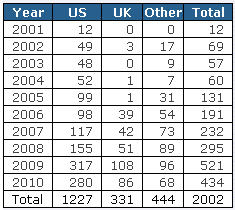 He didn’t start it.  But this is Obama’s war now.