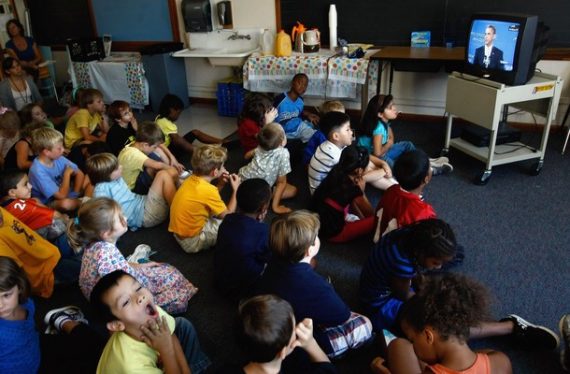 DENVER – SEPTEMBER 08: Second graders watch as President Obama delivers a back-to-school address to school children on September 8, 2009 in Denver, Colorado. Administrators at the Park Hill public school gave parents the option of pulling their children from class or allowing them to watch the live Presidential broadcast. Only a few parents chose to keep their kids out of class. Nationwide, some conservatives over the past week had worried that Obama would use the speech to promote his political agenda. In the speech the President urged children to work hard and stay in school. (Photo by John Moore/Getty Images)