The Sugar High Edition OTB Caption ContestTM is now over.

The Sugar High Edition OTB Caption ContestTM is now over. 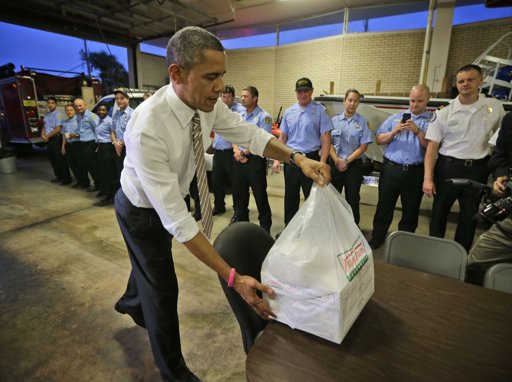 Third: Donald Sensing – “Men, picture ID required to get a donut. But not to vote.”

Doug Mataconis – “Okay guys, do NOT tell Michelle I’m bringing you donuts or I’ll be sleeping with Bo the next four years.”

CSK – “Little do they know it’s not doughnuts, but an arugala and tofu salad,” the chief executive murmured to himself.

“…and just don’t talk to the press about your response to Sandy until after the election.”

The Monday Contest has already been looking for some white meat.