The Gangnam Style Edition OTB Caption ContestTM is now over.

The Gangnam Style Edition OTB Caption ContestTM is now over. 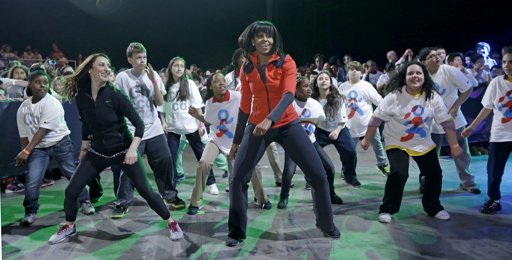 First: Hal 10000 – Spurred by her success at the Academy Awards, Michele Obama does a remake of “Thriller”

Third: Robert W. Armijo – And so, the Zombie Apocalypse begins…

John Burgess – In promoting the Zombie Lurch, the Administration shows its hand.

OzarkHillbilly – This is what happens when you don’t make it to the bathroom in time.

it’s astounding, time is fleeting, madness takes its toll
but listen closely, not for very much longer, I’ve got to keep control.

“Elaine Benes eat your heart out.”

After just one routine, Michelle’s dance parter on DWTS promptly self-immolated and appeared in an OTB Caption Contest.