The Pineapple Under The Sea Edition OTB Caption ContestTM is now over.

The Pineapple Under The Sea Edition OTB Caption ContestTM is now over. 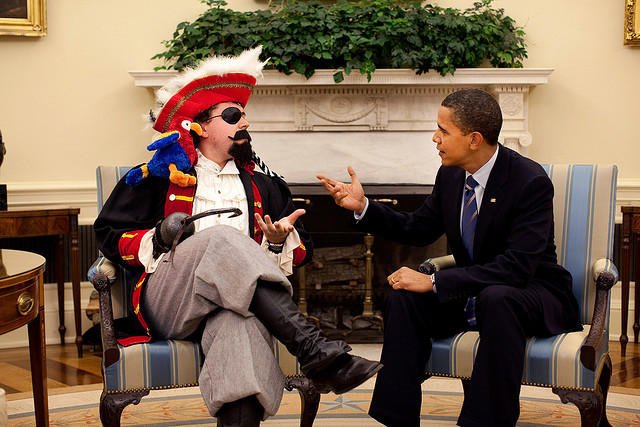 An Excellent batch of captions for the International Talk Like A Pirate Day contest. A few are honored below. Stormy even had two that could have been winners with “Which party is he from? He’s an ARRRRRRRR, of course.”

First: Stormy Dragon – Unable to get congressional backing for an attack on Syria, Obama was forced to resolve the measure by signing Letters of the Marque for the first time since 1815.

Second: markm – Pirate: “Sponge Bob has a list of demands……”

Third(tie): Maggiemama – Obama: ” So then Secretary of State Kerry made a terrible political gaff …” Capt Hook: ” Trust me, Mr. President, I really know how to handle a gaff.”

Third(tie): Pharoah Narim – “Let me get this straight…you’re here from Bethesda to do my Prostate exam?!?!?!?”

Franklin – “Believe me, Mr. Hook, I already know what Neverland is like – it’s called Congress.”

Anderson – “So it’s this Assad that ye’re wantin’ to take a long walk on a short pier, is what ye be sayin’ ….”

Michael J. Listner – The job market is so lousy that I really need to start interviewing for a new job after my term is up.

al-Ameda – Trying to reason with Eric Cantor is difficult.

LightsOut – Obama: “Does Polly like crackers?” Conservative Pirate: “You be the most racially divisive president evarrrrrrr!!!”

AnnS – obama: “I just want to apologize to you for the Barbary Wars.”

Michael Hamm – Hand reattachment surgery under Obamacare is limited to one “digit” only.

Obama: “Actually the Constitution be more a set of guidelines than actual rules.
Pirate: “Arrrrr”

No, I wouldn’t know anything about the Secret Service ordering you a Smelly Pirate Hooker

“That a real parrot?”

No I don’t think “Thar She Blows” was appropriate when I introduced you to Chris Christie.

The Monday Contest is already getting the big picture. 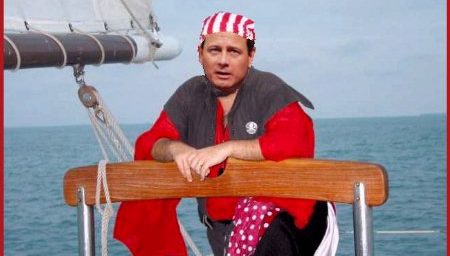