The That's Some Bad Hat, Kerry Edition OTB Caption ContestTM is now over.

The That’s Some Bad Hat, Kerry Edition OTB Caption ContestTM is now over. 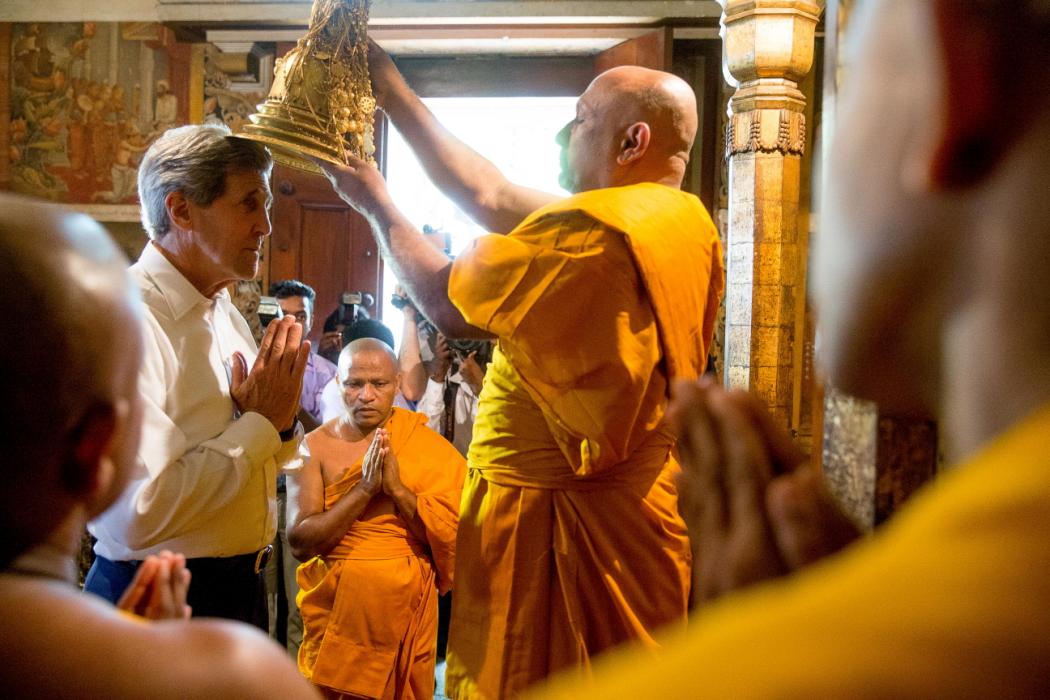 First:OzarkHillbilly – John Kerry prays that the Sorting Hat won’t put him in Slytherin.

Second:Tony W – I pray the “cone of silence” will help you in future negotiations. “What?”

Third(tie):John425 – Kerry thought bubble: “If Bruce Jenner can cross over, so can I.”

Third(tie):Moosebreath – I was for being sorted into Hufflepuff before I was against it.

DrDaveT – Wait a minute… does that say “DUNCE” on the side?

stonetools – “So long as you wear this hat, you will have magical power to convince Middle Eastern leaders and Vladmir Putin. Unfortunately, no power either in heaven on Earth works against Republicans….”

RockThisTown – “If Teresa makes a sizable donation, could you change the name from Kelaniya Temple to Kerry Temple?”

There’s something supremely liberating about not running for President.

After completing the decorated, cone shaped nuclear warhead it was only a matter of time before the perfect delivery mechanism was obtained.

“I want to run for President.” “Oh, then let me put this on your head.”

Kerry(Thinking): I don’t think Hillary will be happy that the contribution I’m bringing back for the Clinton Foundation is –“gunga galunga… gunga gunga-lagunga”