The Heart Bern Edition OTB Caption ContestTM is now over.

The Heart Bern Edition OTB Caption ContestTM is now over. 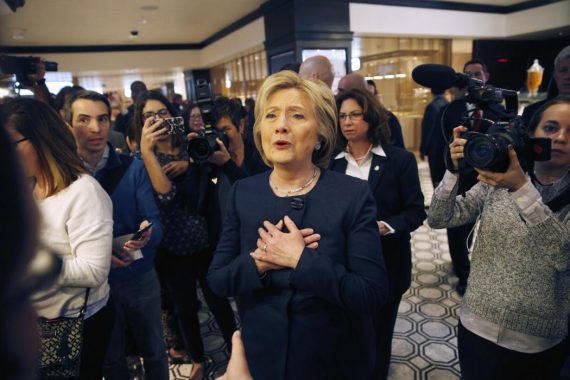 First: Doug Mataconis – When a man’s an empty kettle he should be on his mettle,
And yet I’m torn apart.
Just because I’m presumin’ that I could be kind-a-human,
If I only had a heart.

Second: Donald Sensing – “That Bosnian sniper’s bullet hit me right here, but my vest saved me! I’m not lying! At least I don’t think I am.”

RockThisTown – “Ooooh, is that my crown?”

edmondo – “Get out of my way, people! Goldman Sachs just gave me a check for my next speech and I have to get to the bank before it closes.”

Moosebreath – “Shot through the heart / And you’re to blame”

“Uh… Hillary… Steve Harvey has a correction to make.”

The Truth? You can’t handle the Truth.

Trump: “The last time I saw a mouth like that it had a hook in it.”

The Flying Dutchman must always have a captain.