The Asshat Edition OTB Caption ContestTM is now over.

The Asshat Edition OTB Caption ContestTM is now over. 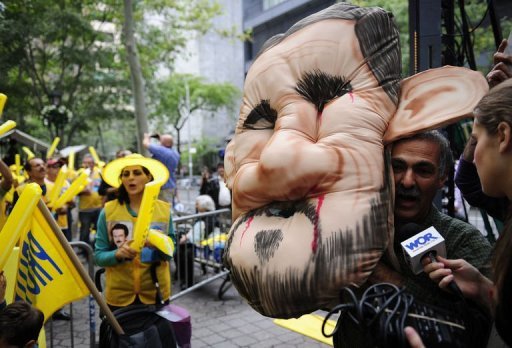 Second: Stormy Dragon – After centuries of waiting, the Hidden Muppet is finally revealed.

Third: MAggie Mama – This is proof that Ahmadinejad is just a hand puppet for the oppressive mullahs.

KRM – “Yeah, I heard that. But it’s supposed to look like Dennis Miller.”

No I said Moslem head, not muslin head.

“These jumbo sized Golf driver covers have gone too far.”

Warren Buffett told me how to get ahead.

The Thursday Contest has already engaged the cones of silence.